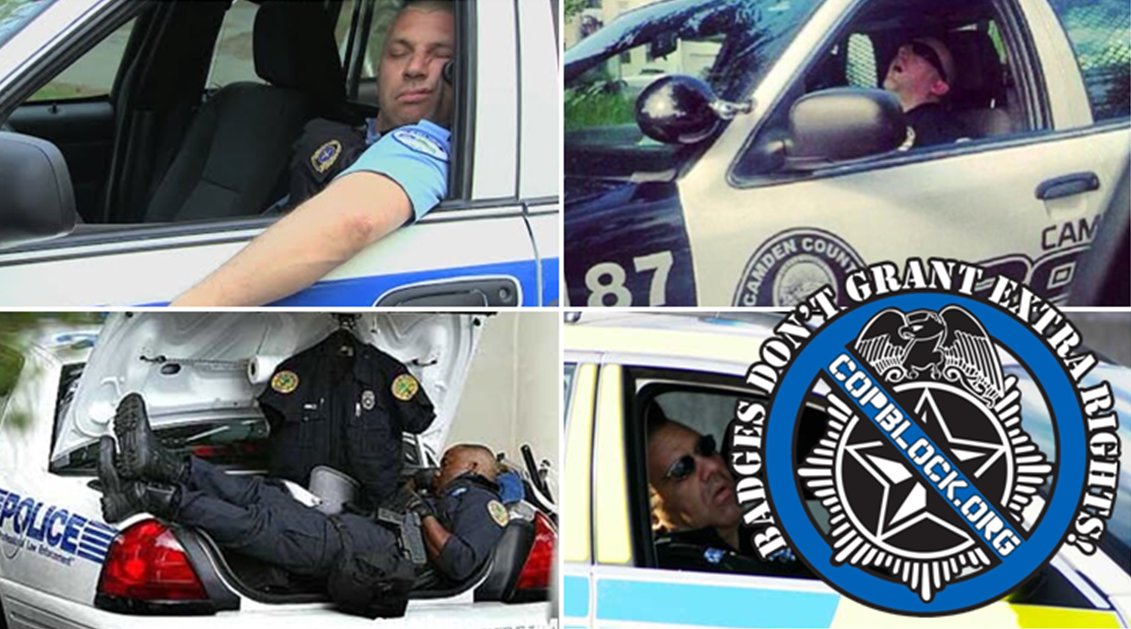 I recall as a child my parents scoffing at police officers playing grab-ass. “Our tax dollars at work,” my father would say.

To most Americans, the sight of a sleeping cop might perpetuate a similar reaction, but I submit that we should rejoice at such a spectacle. If a police officer is sleeping, it does not mean he or she has taken a morally objectionable route that will result in a less protected society.

To the contrary, it means the officer is not engaged in victimizing the public. Officers should be encouraged to sleep on the job. Every second a cop is sleeping is a second he or she is not participating in the systemic and violent expropriation of the populace via victimless crime enforcement practices like the pursuit of traffic and drug violations.

The Evanston Police Department says it’s embarrassed after pictures of one of its officers asleep in his patrol car were posted on social media over the weekend. Officials say the behavior is not consistent with what they expect from their officers and the sleeping cop is now facing disciplinary action.

It is unclear if the officer was on break or not, but the photos show the uniformed cop sitting in the driver’s seat of his marked police vehicle with his eyes closed and his head back.

“We are held to a higher standard and it is unacceptable as well as embarrassing,” a department spokesperson said, and added that the officer was at the end of a double shift when he fell asleep.

Officials say the officer has accepted full responsibility for sleeping on the job and will be disciplined to a degree that has not yet been determined.

Disciplined? The officer should have a parade thrown in his honor! For the department, disciplining the officer is a matter of saving face. They don’t want cops to be perceived as lazy, do nothing tax suckers – they want to cultivate a perception that police employees are out there on those mean streets everyday serving and protecting you without fail.

The truth of the matter however, is that cops are pretty much useless. Sure they will come write a report and “investigate” if an actual crime is committed against you, but the incentive structure is set up in such a way that the vast majority of their efforts are geared towards generating revenue by targeting and harassing innocent people that have never did anything to anyone.

An asleep cop cannot do that – so perhaps the behavior that the Evanston Police Department deems “not consistent with what they expect from their officers” – is a declining amount of victimization of, and revenue generation from the public.

Next time you see a sleeping cop, anger not – for if awake – it could be you the officer might target. Instead, rejoice, be quiet, and remember: don’t wake him up!