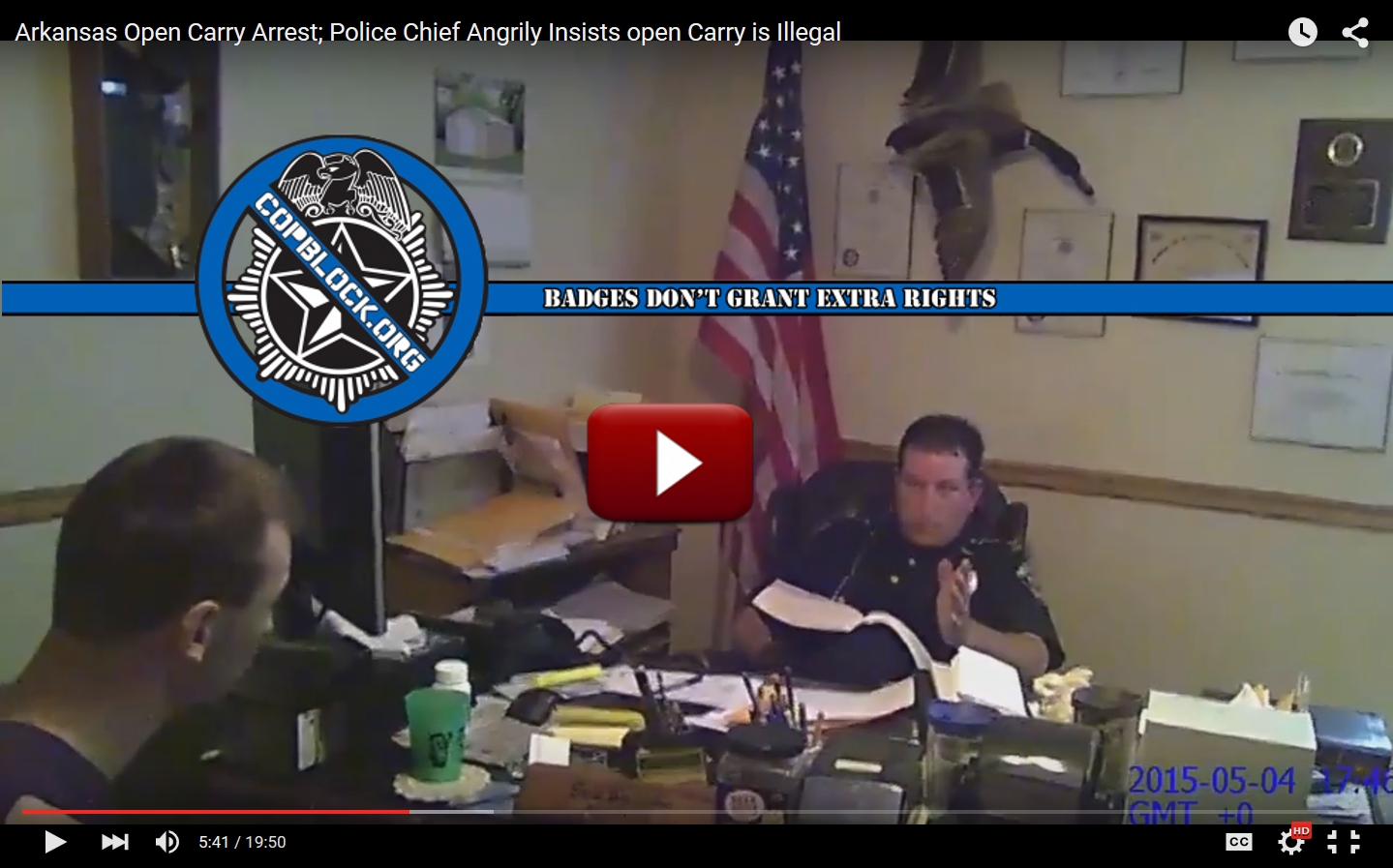 Last month I blogged about Richard Chambless, who was arrested and even convicted while doing nothing except open carrying a legal firearm in Bald Knob, Arkansas. Included with that post was a video (embedded below) of the interrogation of Chambless. During that video Chambless continually asserted his Second Amendment right to openly carry a weapon for self defense

Meanwhile, Chief Erek Balentine, along with another unidentified officer, insisted, at times angrily, throughout that he didn’t need and wasn’t allowed to have that weapon in Bald Knob, as well as claiming that the only reason he had for carrying a police scanner was because he was engaged in illegal activity. In the end, Chambless was charged with “unlawfully employing” a firearm, which obviously isn’t the case for someone simply open carrying, since it is lawful to do so.

Apparently, that didn’t sit well with quite a lot of Second Amendment advocates and Chief Balentine has received some negative feedback, to say the least:

The police chief in Bald Knob, Arkansas, went outside of his home Monday night to find his truck engulfed in flames and “2 Amendment” written on both sides of it.

“I opened the front door and the whole back glass fully engulfed and then written on the side of it second amendment,” Chief Erek Balentine said.

The right to bear arms — at least openly without a permit — has been a topic of the town recently when Bald Knob man was arrested and convicted last month for open carrying inside a McDonalds.

Chief Balentine apparently couldn’t take the heat of the blow-back (pun very much intended) from his earlier actions in illegally arresting and then pushing for the prosecution of Chambless for a Constitutionally protected act. It’s since been announced that soon to be Former Chief Balentine has submitted his resignation to Bald Knob Mayor Beth Calhoun, effective October 5th:

In the letter, Balentine stated that it had been a pleasure to work within the department, but that it is “time to move on from this City and Police Department.”

Additionally, Balentine told local media, “If someone could stoop as low enough to burn my truck, then I don’t want to take that chance to endanger my family,” but also said he would continue to pursue all of his current cases and offered continued support for the department and city, if needed.

Meanwhile, Richard Chambless has stated that he intends to appeal the earlier conviction from his arrest by Chief Balentine.