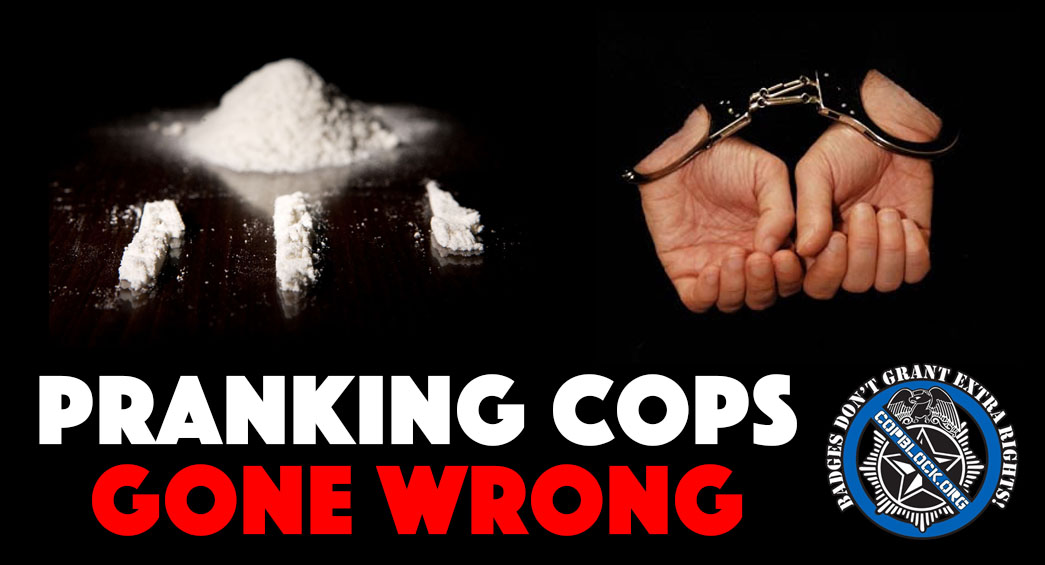 The dorm rooms at the University of Miami are subject to regular administrative searches, and students are notified days in advance so they can clean up the beer bottles from the previous weekend and hide their weed.

He left lines of powdered sugar, rolled up dollar bills, and aspirin on the coffee table and kitchen counter to resemble illicit drugs. Surely everyone would get a laugh. So he thought.

Housing officials called the University of Miami Police. According to the police report, as police were testing the powdered sugar, Harrington came into the dorm and said, “I guess you guys are here about the powdered-sugar prank!”

But police say the test indicated positive for cocaine and he was handcuffed, dragged to jail and charged with felony cocaine possession.

“It was indeed powdered sugar — 23.7 grams of the finest you can buy at Publix. I know the amount from the police report,” Harrington said. “I doubt they’d believe me. To them it is more plausible that I left $1,500 worth of cocaine strewn around my apartment.”

Harrington’s roommate, Kritos Vasiloudes, also told police it was a prank with powdered-sugar. Vasiloudes said Harrington told him about the prank and that he agreed to go along.

Harrington may be suspended from the university and faces a maximum of five years in prison and a $5,000 fine.