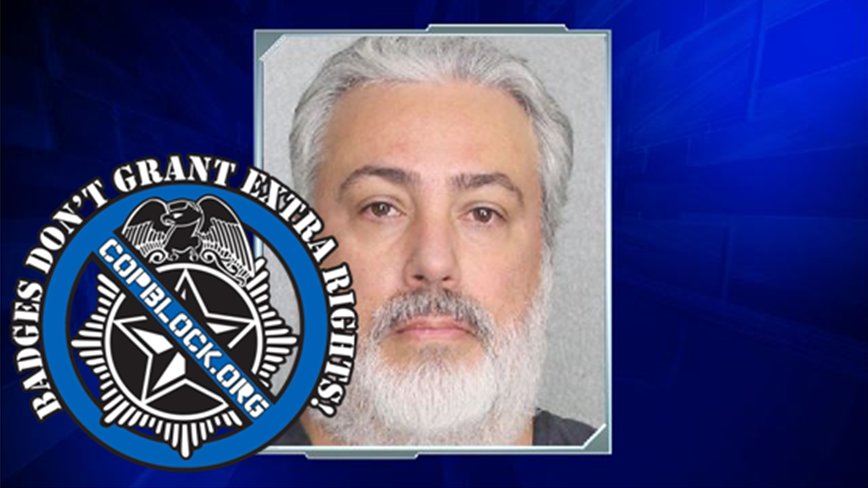 A South Miami police officer has been arrested by state investigators in Florida for child pornography and allegedly having inappropriate interactions with underage girls, officials say.

Detective Joseph Mendez, 47, who also worked as a federal task officer with the Drug Enforcement Agency, was jailed last Wednesday and is being held on a $42,000 bond by Broward County. He was charged with eight counts of child pornography and and four counts of serving alcohol to minors.

The Florida Department of Law Enforcement said it began investigating Mendez in June 2014 after receiving a complaint of misconduct by a colleague who claimed the officer had inappropriate sexual interactions with several underage female cadets from the South Miami Police Explorer Program.

Mendez was coordinator of the program from 2009 to 2014 where he was known to pick up participants from their homes and travel with them to competitions.

Arrest reports say one of the female cadets said Mendez picked her up from her home and dared her to “flash her breasts,” and when she refused, told her that she would have to drink some alcohol. Another girl said the officer dared her to allow him to smack her butt before giving her beer and kissing her.

Mendez reportedly told investigators that he bought the girls alcohol to loosen up and get “fresh ideas” for the Explorer competitions – activities a local acquaintance said Mendez told him he was pursuing because of “marital issues.”

One of the girls also said Mendez showed her naked photos of another girl and asked her to guess her age. State agents say they recovered more than a thousand nude photographs of both males and females from the officers cellphone – including eight that showed sexual performances by children.

South Miami Mayor Phil Stoddard said he was “stunned… and extremely disappointed” that the detective “violated the basic principles of his responsibilities to the public.”

Mendez has denied both the allegations made by the cadets and the claims of recovered child pornography. He has been on unpaid leave for 15 months since the investigation began. The State Attorney’s Office will prosecute his case in the coming months.