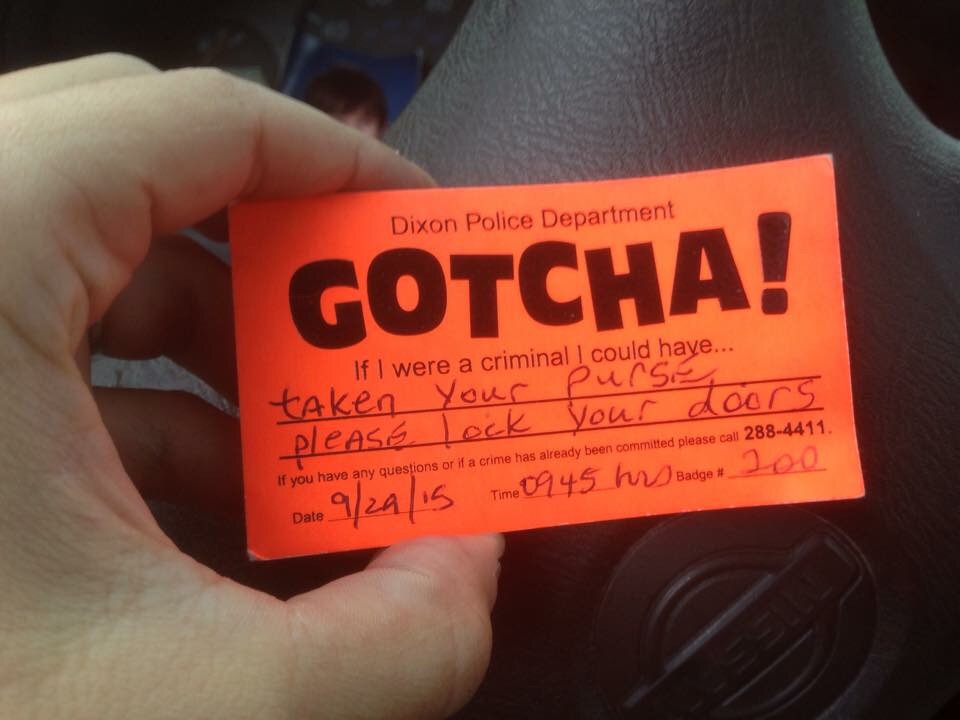 How would you feel knowing local police are entering your car when it is unlocked?

Dixon IL police are checking to see if local vehicles are left unlocked under a new program called “Gotcha!” A Reddit user posted an image of a ticket he received reminding him to lock up his vehicle by local Illinois authorities and claimed that the “local police department unlawfully” entered his “unlocked vehicle to prove a point.”

While reaching out to the Dixon Police Department to verify, the responding officer on the phone assured me that the Gotcha program was not a prank, however a “real program to remind you to keep your valuables and personal belongings out of clear site” and to “keep your vehicle locked.”

The orange card is filled out and then placed in your vehicle to kindly remind you to lock up your vehicle.

The notification states “If I were a criminal I would have stolen…” and goes on to list personal belongings that were in the vehicle observed by the CSO.

The law enforcement agent informed me of possible dangers stating “vehicle break-ins are on a rise” during this time of year and reiterated that all “valuables should be kept out of plain site at all times.”

The question remains, does this fall under the police’s duty to protect and serve since the doors are left unlocked or is this a clear violation of the Fourth Amendment and an illegal search?