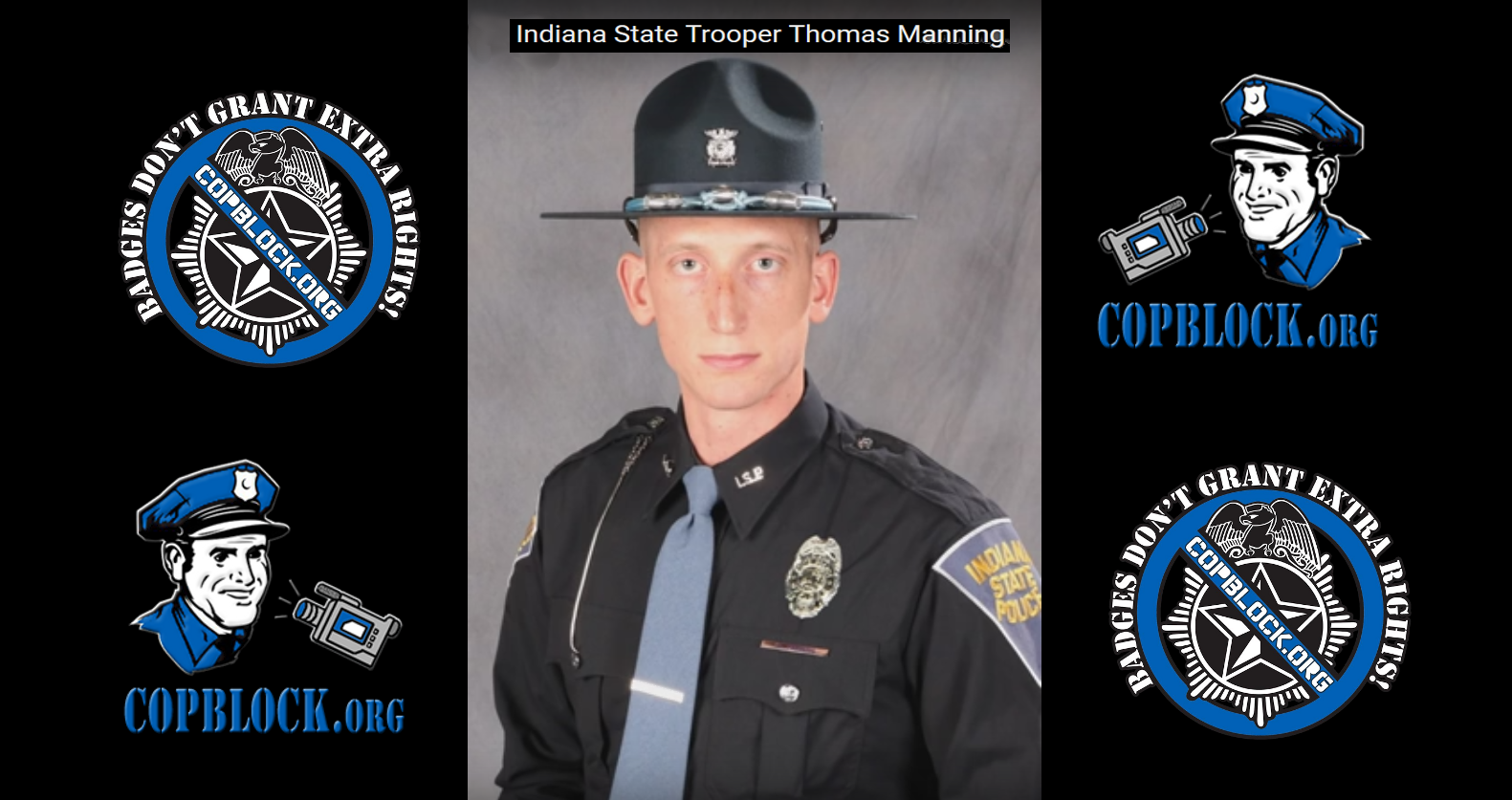 In Tippecanoe County, Indiana a woman was repeatedly accused of being a meth addict by a police officer for no other reason than because she has bad teeth. Stephanie Foltz, who maintains that her teeth are bad because of calcium loss from two pregnancies, was stopped for speeding by Trooper Thomas Manning. Manning proceeded to ask her when she began doing meth.

He then questioned her about the state of her teeth. When Foltz explained that it was a result of childbirth, he responded that he didn’t believe her and that children don’t take calcium from your body “in that way” during pregnancy. Stephanie’s husband Matt recorded audio (embedded below) of the exchange, which he later posted to YouTube. Trooper Manning can also be heard later in that recording stating to Stephanie, “I’m not out here to try to getcha, okay. However, I do take it personally when people aren’t honest with me.”

While bad teeth are one of the symptoms of meth use, it’s something that would indicate heavy and long term abuse. None of the other common symptoms such as severe weight loss and visible skin damage are present. Beyond that, absent signs of someone being under the influence of a drug or probable cause they are in possession (without even getting into the validity of the “War on (Some) Drugs” in the first place), police officers have no business insisting that someone is lying about drug use or “taking it personally” that he decided they’re lying.

In the end, Stephanie was so upset by Trooper Manning’s accusations that she was unable to even drive home. Some of her friends have started a “GoFundMe” account to help collect donations to help her get proper dental care.