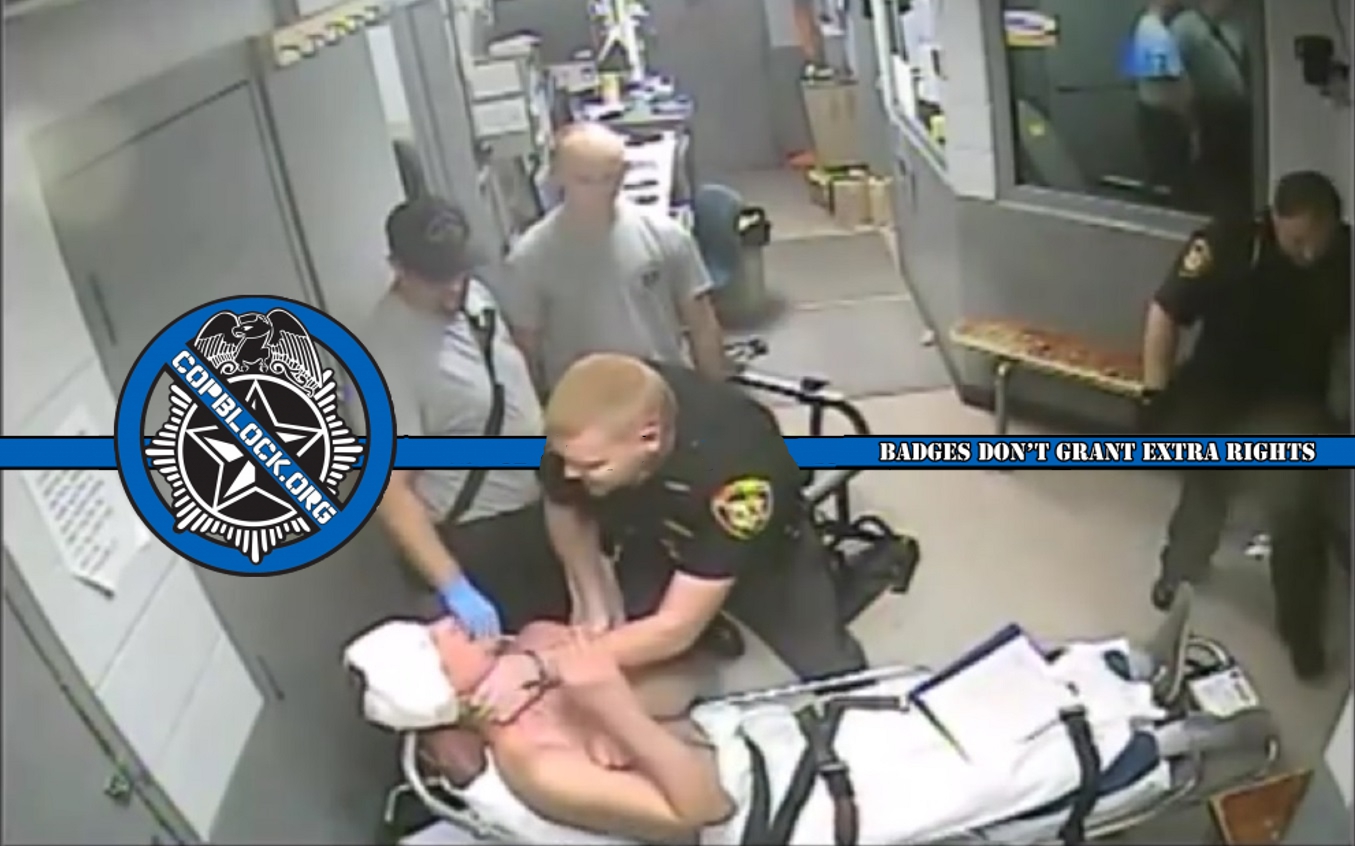 The trial of three Ohio corrections officers caught beating, choking, and kicking a inmate on video has now concluded and the jury is currently in deliberations to decide their guilt or innocence. Corrections Officers Jeremy S. Hanshaw, Ronald S. Hatfield and Jason D. Mays are charged with conspiring to deprive, and depriving an arrestee of civil rights while acting under the color of law for their part in the assault on Larry Kinstler, who was restrained either with handcuffs, in a restraint chair, or on a paramedics’ stretcher throughout the incident. In spite of the video, which very clearly shows what happened that day, the defendants maintain that they only used force necessary to force compliance from Kinstler. They also claimed in their testimony that Kinstler was resisting by spitting and blowing his nose at them. In addition, Hanshaw has asserted that Kinstler tried to grab his belt and later tried to use a pen as a weapon against him. None of those excuses for their excessive use of force is visible on the video (embedded below), which recorded the entire encounter.

Kinstler had been arrested for disorderly conduct during a local biker rally in Ironton, called the “Rally on the River.”