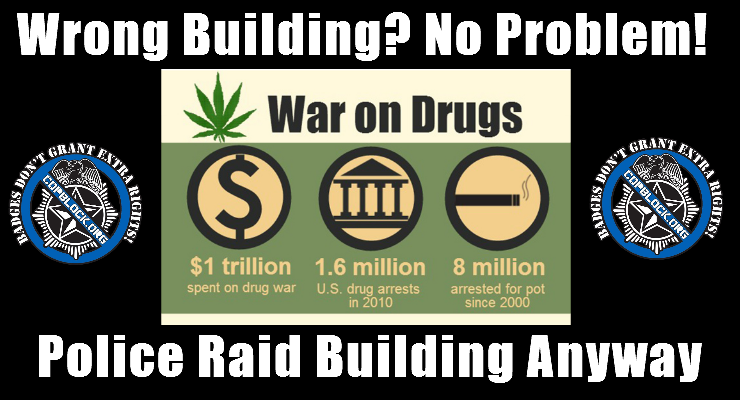 Maurice Neblett was just settling into bed on the night of February 14, 2014, when police executed a ‘no knock’ warrant. Richmond police officers were looking for marijuana when they kicked in his door. The only problem was, the warrant listed the wrong address.

Once inside, the officers placed Neblett in a chokehold and began beating him – striking him with their fists, feet, knees and blunt instruments. He was also pistol-whipped by police. According to police, an officer obtained the search warrant after ‘smelling marijuana in the area’, and supposedly watched the home for about a month.

No illegal drugs were seized from Neblett’s home. However, police did remove a lawfully purchased and registered firearm from the home.

Neblett has now filed a $2.3 million civil suit against the Richmond Police and its officers. In the lawsuit, Neblett states the officers beat him for about ‘5 or 6 minutes’. Once the beating was finished, Neblett requested medical attention for his wounds.

Realizing they may get into trouble, the officers devised a scheme where two officers pretended to be ‘assaulted’ by Neblett to justify their unlawful search, seizure, and assault. Neblett said he overheard an officer ask his subordinates who wanted to be an “assaultee.” Neblett was then arrested and charged with the felony assault of two officers.

Thankfully, those felony assault charges were dropped less than a month later.

Though the threat of prosecution no longer looms over Neblett, he suffers daily from anxiety, post-traumatic stress, loss of sleep and a “profound and insurmountable loss of trust in the state, the city and their law enforcement officials,” according to the lawsuit.

The lawsuit is based on claims of negligence, malicious prosecution, assault, battery, false imprisonment, and unlawful search.

For more stories on the corrupt police in Richmond, Virginia, please click here.

2.4k
SHARES
FacebookTwitterGoogleRedditTumblr
DiggLinkedinStumbleuponMailPrint
You Can Support Cop Block by shoppping on Amazon using the banner below:
BANNERS ARE CLICKABLE