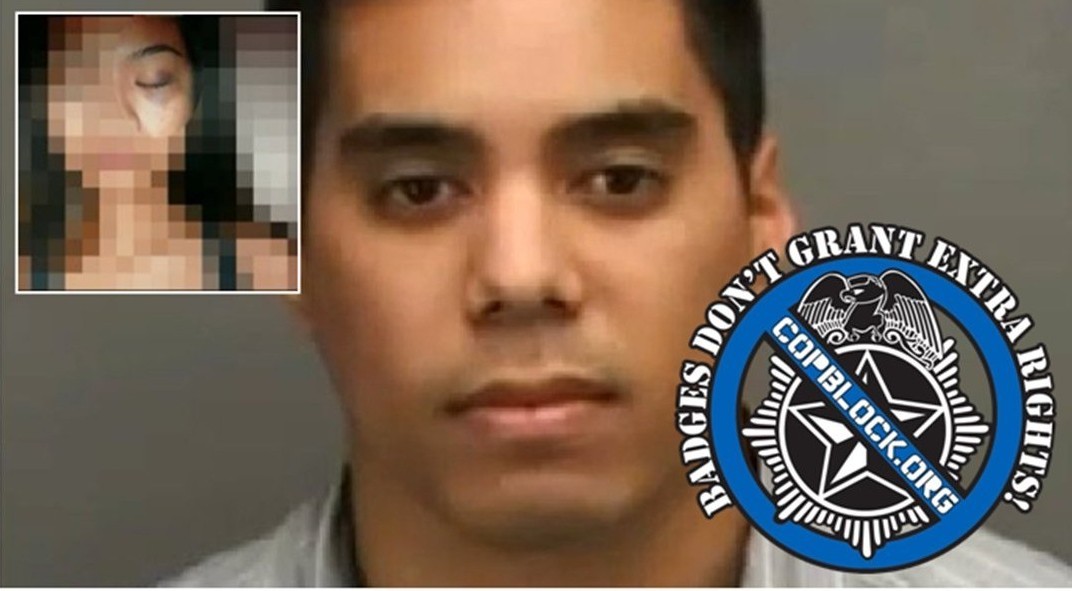 A now-former Hawaii cop convicted of crimes related to the domestic abuse of his ex-girlfriend will not serve any jail time, a judge determined Tuesday.

Cabuse filed a temporary restraining order against Cappo last year after claiming the officer threatened to crash her car, held his police issue firearm to her head, and even tried to smother her with a pillow.

Last March, the woman said Cappo beat her so badly in her car that she required medical attention, so she finally called police.

Cabuse says Cappo told her that his fellow officers wouldn’t believe her and said, “I’m a police officer and you’re just a civilian, who’s word are they going to take?”

Officers did believe the woman however, and Cappo was indicted and arrested for domestic violence before later pleading guilty to the third degree assault charge.

On Tuesday, the officer was sentenced to four years probation and was given the privilege of having his criminal charges removed from his record when he successfully completes the terms of his judgement.

Domestic violence advocates have condemned the sentence and say such legal practices discourage victims from coming forward, and that steps need to be taken to ensure abusers can’t have their records expunged.

“When we start pleading down crimes and eliminating incarceration and reducing sentences and providing options for wiping records clean, that conveys, in our opinion, the wrong message,” Domestic Violence Action Center CEO Nanci Kreidman said. “We’re going to try to inspire some of these conversations with our elected leaders and maybe do some adjustments.”

Cappo no longer works for the Honolulu police department and has publicly apologized for his behavior.

“This incident has cost me my career and everything I’ve worked toward for my life,” Cappo said. “I’ve come to realize how horrible this must have been for her and how I would feel if my sister and mom had to go through that.”

Cabuse said she was not made aware of Tuesdays decision until after it was made, but that she is disappointed by the sentence.