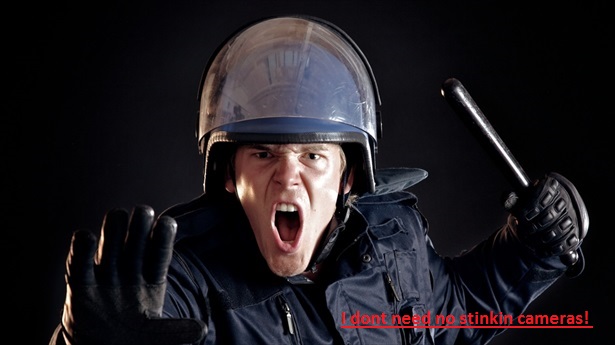 The department of Deptford Township has proved yet again, that badges grant magical abilities to the wearer. In a surprising move the police decided they did not want to be a part of a Government Mandate for police. What could have been so powerful of a topic that the local government would split like this?

Yes the highly confusing and controversial topic of “should police wear cameras” was decided for the town by its government almost a year ago. The police have decided to ditch the “I was only following orders” line for this order, and have abandoned all law on the topic. They have refused as a department to take part in this “MANDATE”. The Deptford township department has in fact decided to file complaints and exemption paperwork, stalling the need for the cameras on the employees.

It’s really nice to see a department standing up together for an unlawful policy….. Why this one though?!
I looked into the area to see the history there and was shocked to find, this relatively small area has a TON of police brutality and killings. Almost every year like clockwork, another lawsuit. Scary to think these guys have no way to be held accountable.

We actually have been out there to interview a victim of police brutality. 18yo Chris Cuneo. Mr. Cuneo would have benefited greatly, if body cams were used there. The officers beat him unconscious, for the “crime” of not giving up his name. This is allowed by law (and suggested) but Chris Cuneo was beaten so badly, he required oral surgery, among other procedures. All of this was caught on Chris’s cell phone. Sadly the police knocked it away and we can only hear the beating.

Seems to me this department is definitely hiding something. They want to use heavy handed tactics and remain off camera. What’s a few lawsuits between a band of brothers? It’s not like any of it comes out of the cops pockets.

Why do cops get to pick what rules to follow?