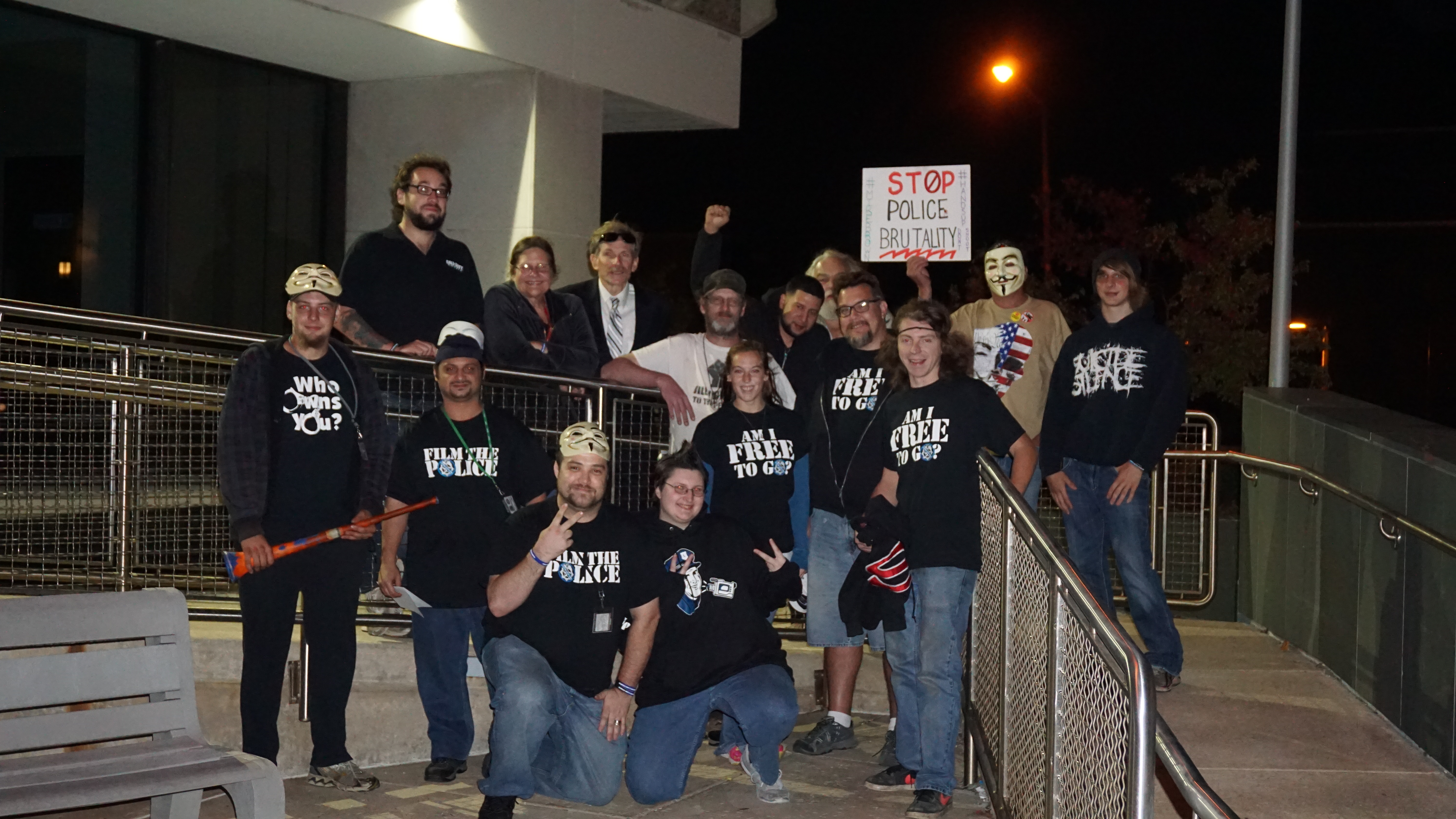 What happens when a town is so corrupt, that a CopBlock group working full time cannot scratch the surface? When an article is written every week but no one seems to care? When even the local mainstream media is at wits end with the endless lawsuits and brutality claims? Do we give up? Do we move on?

HELL NO! We call for backup!

On Friday September 25 2015 I organized a meet up in Allentown PA, with the intent to show that we are bigger than a handful of guys with cameras. What we managed to pull off was nothing short of shutting down the police!

A total of 20 Copblockers from all over the east coast banned together and had some fun. We marched from one end of town to the other chanting “FIRE BUSCH” and singing songs we had put together for the occasion.

We ended up in front of the Allentown police department main building. Armed with signs cameras and even a bull horn we had the entire department on the phones and scrambling to figure out what to do. The answer was NOTHING! They ended up sending one officer out to quickly lock the door of the station while the rest of them left their desks and hid behind the desk barrier. They seemed determined to stay off camera.

While it was very amusing to see bullies running, we did definitely accomplish our goal. We made them realize that we are going nowhere. We also showed them that they will be held accountable for their deeds. 20 Copblockers was quite a sight to see walking down the street. It was exciting to be a part of such an awesome demonstration.