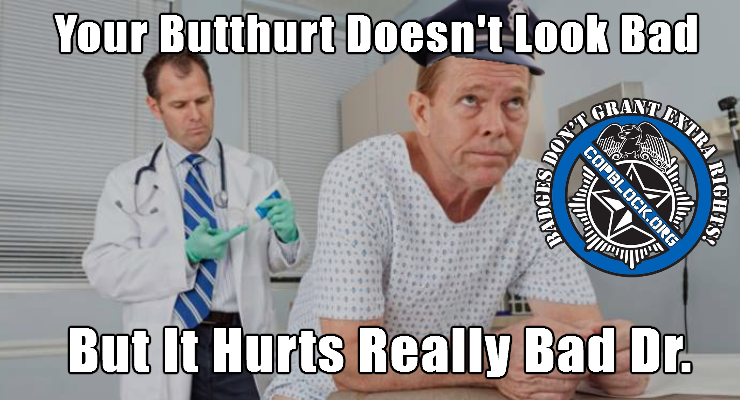 Way back in 2010, the Southern Poverty Law Center filed a federal lawsuit against Birmingham SRO’s (School Resource Officers) and Police Chief A.C. Roper. The lawsuit sought to have the police department’s policy of pepper spraying non-violent school children declared unconstitutional. It seems that the police officers in Birmingham love to exercise their ‘authority’ over the weakest of the population. In fact, during the period of 2006 through 2011, Birmingham public schools used chemical spray on 110 different occasions, resulting in over 300 students being injured. Another 1,200 were exposed to the chemical spray (other than the intended targets).

The judge finally ruled in September of this year, that the use of pepper spray by Birmingham police officers was indeed unconstitutional. However, the judge almost immediately did a 180 and stated that he will not ‘restrict the use of pepper spray by Birmingham school resource officers’. Instead, he ordered new training procedures to be developed and in place within the next six weeks. The procedures are supposed to outline how and when SRO’s can pepper spray children.

The six students at the center of this lawsuit have been awarded $40,000 each for their claims of excessive force and for the failure of SRO’s to ‘decontaminate’ the students after being sprayed.

Of course, Michael Choy, an attorney for the Birmingham police department, disagreed, saying that:

“We respectfully disagree with the court’s findings of fact and conclusions of law. We are still in the process of reviewing the court’s decision and all legal options are on the table. “

Birmingham Police Chief A.C. Roper, speaking through the city’s attorney, said that, “The Birmingham Police Department is not required to provide SRO’s for the high schools and one option is for the department to pull them from the schools.”

Personally, I think ALL School Resource Officer’s should be eliminated – and I’m not alone. The Justice Policy Institute had this to say:

Having school resource officers (SROs) and other police in schools causes more harm than good. According to Education Under Arrest: The Case Against Police in Schools, a report released by the Justice Policy Institute (JPI), when schools have law enforcement on site, students are more likely to get arrested by police instead of having discipline handled by school officials. This leads to more kids being funneled into the juvenile justice system, which is both expensive and associated with a host of negative impacts on youth. With federal funds being cut for policing and local budgets tight, author and JPI Associate Director Amanda Petteruti stated that “schools would be better served by using scarce resources for programs and personnel that will have a long-term positive impact on both school safety and student outcomes.”

This is what SRO’s do to our children in school In September, I wrote an article criticizing the various police departments (and school officials) for using SRO’s as a first line of punishment. Like the Justice Policy Institute, I believe that schools rely too much on police officers and not enough on common sense and patience. Over the past several years, children have been arrested for farting, burping, doodling, and many other stupid reasons.

So, Chief A.C. Roper, I’m glad you’re butthurt. I sincerely hope you follow through with your ‘threat’ to remove all SRO’s from public schools. Then, maybe ‘little johnny’ can burp in class, without fear of being kidnapped by armed thugs and forcing his parents to pay a ransom for his safe return.

To read the full article, ‘Stupid Reasons Police Have Arrested Kids For In School’, click on the image or click here.

1.1k
SHARES
FacebookTwitterGoogleRedditTumblr
DiggLinkedinStumbleuponMailPrint
You Can Support Cop Block by shoppping on Amazon using the banner below:
BANNERS ARE CLICKABLE