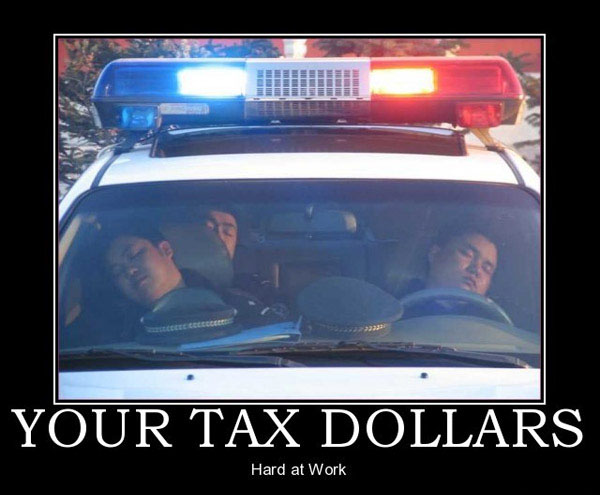 The US Supreme Court has ruled in the past the police have no obligation to protect you. In fact their only obligation is to enforce the laws. With an ambiguous job description such as this, it’s no wonder that opinions about police in ‘America’ are quickly souring. After all since 2001 more people have died at the hands of police in America, than soldiers were killed by terrorist in the Iraq War.

Police are unfairly caught in this climate of ever changing rules, and regulations that they are expected to enforce. Due to the process in which the administration’s rules are brought into existence, and the abundance of arbitrary augmentations on our otherwise peaceful behavior, it is improbable that justice for the victim will ever be achieved. Even more so when the victim was created by the “state” and so we ask:

“What are the police paid to do?”

As the first of four questions we asked Northern Illinois University students who decided to take time out of their day to talk to us – myself, Brian and Ryan (all of the CopBlock Network) – on camera (for $5, yes, we paid these students for their time). We weren’t out to change their mind or give much push back on the answers we were given. We simply wanted to know what the students (those we talked to) thought about police, the service they provide and if they think they’re getting what they pay for? As you saw in the video all six people interviewed said the police are paid to protect us, yet, all also said they feel nervous when they encounter a police officer. Which should be the first sign that something is NOT right about the ‘service’ being provided by police. None of us feel nervous when we go to McDonald’s – yet – they provide us with a service too. The fact that most of us pay people who in return make us nervous is simply absurd. Only services which involve government can take your money, make you nervous, lock you in a cage and remain in business.

The third question was regarding the United States Supreme Court ruling that states police have zero obligation to actually provide you with the service of protection (which is what most people think is their purpose). While none of them knew that the courts had stated such only half of them viewed this as a problem. Passing it off as a mere legal definition stating that even though the police are NOT “legally obligated” to protect us, they were still doing it anyways (yeah, sure). The other three seemed shocked by this and felt ripped off, or mislead, upon learning this to be true. While I understand that police aren’t legally obligated to protect you and still might provide you with some protection. I wouldn’t want to base my life, or personal property, in the hands of someone who MIGHT help me. We also cannot forget the fact that while they MAY HELP you those same people MAY also extort, harass, cage and/or kill you. I would rather have a contractual agreement with someone who is obligated to provide me with any service than one who’s not, but might or might not. Thus highlighting the point of this video.

With 300 + million people in this country it’s impossible for us to agree on what type of protection services we ALL should have. Heck, not even cops (or CopSuckers) agree on that either. Which means the only solution is for their to be more options. Allow the customer to make contractual agreements for the type of protection they’d like. Stop forcing people to pay for a one size fits all protection service. It’s really that simple.

After we interviewed the college students above we took our cameras and chalk over to the DeKalb police station. While our intention was to chalk some of our textbook messages (like “Badges Don’t Grant Extra Rights”) we ended up laying out what I’m describing above to several DeKalb Police Officers. So I guess we’ll be talking more about treating the service of protection as we do all others, with options and free market competition.

Until then, bookmark the Mobile Accountability for Cops page or subscribe to our YouTube Channel to get the most uptodate information/content from MAC & crew.