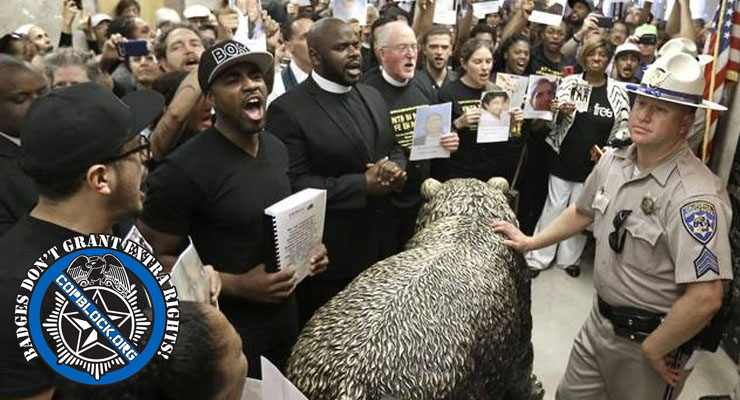 For months, activist have held rallies at the Capitol in support of the bills.

AB 953 requires police to collect data, including perceived race and ethnicity, on the people they stop. Also the reason for the stop and the outcome.

“This will give us data to understand trends to track how officers are engaging and determining suspects so we can reform the system and create a system of policing,” said Reverend Ben McBridge, president of PICO California project.

In addition, governor Brown signed a bill requiring law enforcement agencies to give annual reports on all cases in which officers use force that results in serious injury or death.

The bills were introduced by Assemblywoman Shirley N. Weber (D-San Diego) in response to “the deaths of unarmed black

men and other people of color by police,” which she said “have forced us to confront some ugly truths about the persistence of racial bias in law enforcement.”

The governor also signed a bill aimed at enforcing rules on storing the video collected from body cameras, to prevent it from
being mishandled.

The bills have drawn support from local chapters of the Black Lives Matter movement and is being celebrated as a victory for many California activists.