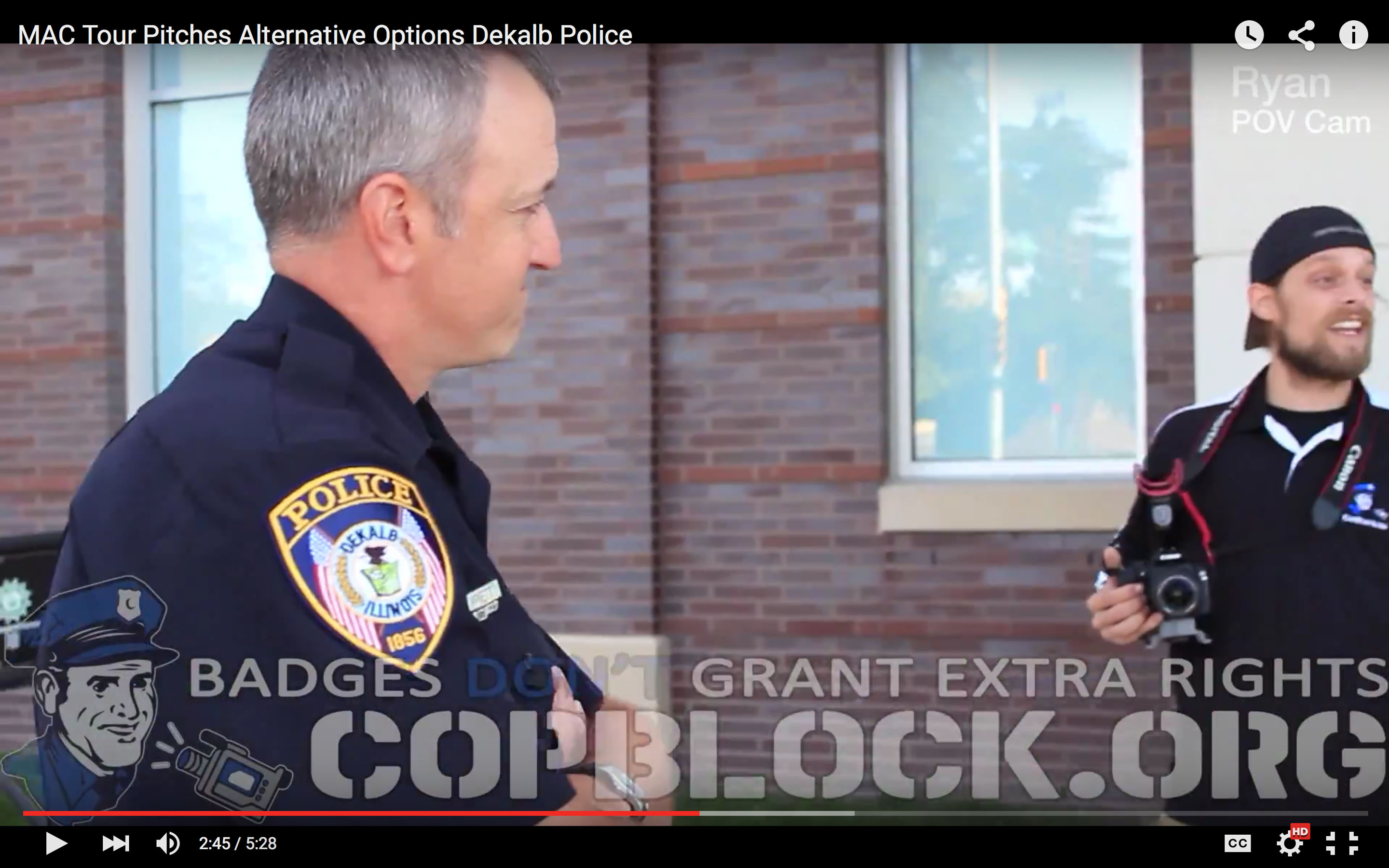 During our First Amendment audit of the Dekalb, Illinois police station, we had a unique opportunity to converse with the staff about alternatives to government law enforcement. This encounter should serve as a “how to” example for other police departments that may come into contact with chalking activists intent on exercising their freedom of speech. Instead of aggressively confronting and threatening people with arrest, as I’ve experienced in the past, it was definitely more effective conversing with us – for both sides.

We pitched alternatives to monopolized policing and encouraged them to consider them in lieu of the mindless and violent enforcement of today. By offering a service directly to the customer they can focus more on their skill set–retrieving stolen property or theft prevention–and customers can actually get the service they pay for. Doing this would most likely create a win-win situation where officers do more good than harm, while the customers can simply stop paying for ‘bad cops’ who aren’t held accountable.

The officers at first were unsure why we were talking to them about law enforcement alternatives, as they consider themselves the lowest rung on the government totem pole, but the reality is that police are the key to this transition, as much as they are the teeth of the state. They enforce rules created by faceless bureaucrats, are the ones who kick down your door for victimless crimes, and are also the ones who are placed in the most danger. When offering the service directly to customers they lessen, if not remove entirely, the most dangerous aspect of their job. That is, having to ‘follow orders’ or claim to be ‘just doing their job.’

As explained in the video, we’re doing our part by exposing the harms of government-monopolized policing, but we need LEOs to do their part. Answer the customers’ demands for a better protection service and be the cutting edge in changing all the things that are wrong with the monopolized version. Stop looking at CopBlockers (CopHaters, anti-police, or whatever) as bad apples and see us for what we are:  customers who are eagerly waiting for you to provide us with real protection services.

Who will answer this market signal?

Keep up with MAC Tour content here and see our other videos from DeKalb, Ill below.

What Are You Paying Police For?