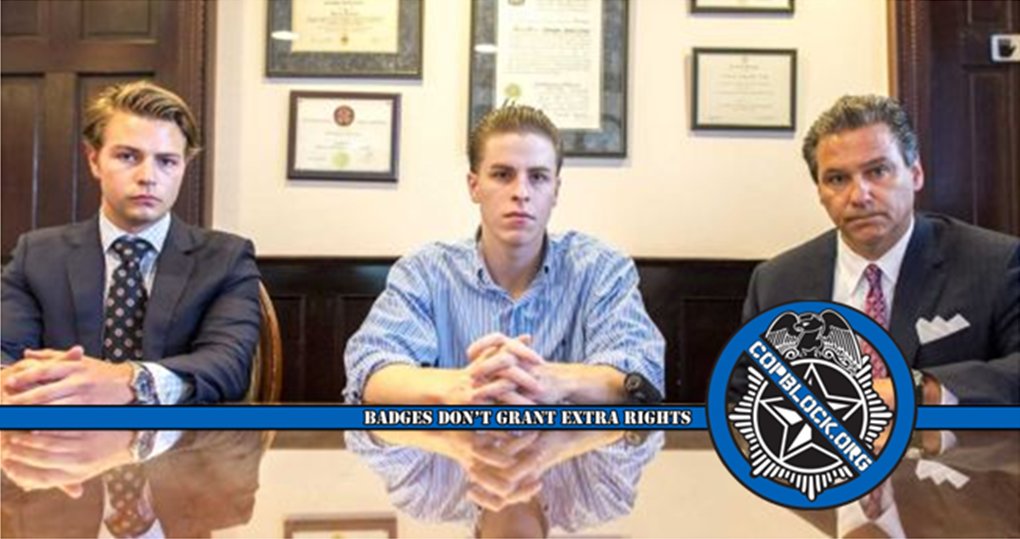 Lawyers for a New York man arrested Monday on felony drug charges say police are retaliating against their client for filing a $30 million lawsuit against Nassau County and six police officers back in August that claimed he was unnecessarily shot and beaten during a Bayville traffic stop.

The lawsuit, filed in U.S. District Court in Central Islip, said Leo Duchnowski was pulled over by officers from the Nassau County Bureau of Special Operations’ Criminal Intelligence Rapid Response Team engaged in a drug investigation on July 1, 2013, at around 10 p.m..

Duchnowski, who is now 24, was on parole for drug-related offenses at the time and would latter plead guilty to fifth-degree criminal sales of a controlled substance (hydrocodone) and second-degree reckless endangerment as a result of the stop. He served 12 months in jail.

The lawsuit alleged however that during the incident, the officers involved used “unnecessary, unreasonable, excessive and deadly force” by shooting Duchnowski in the back and then beating him, before “conspir[ing] to deprive” him of “needed medical care and fabricated and disseminated false accounts regarding the unjustified use of deadly force.”

The suit said the officers were in unmarked cars when they pulled Duchnowski over and Officer Jason Collins “fired several rounds” into the mans black Hyundai Elantra as he was trying to pull away.

“Just because somebody has drugs on him, doesn’t mean they can shoot him in the back, unarmed and driving away from the police,” Duchnowski’s lawyer, Christopher Cassar said. “It’s our position that these officers have to be held accountable. This is a nonviolent offense that they escalated to the next level.”

The lawsuit says that Duchnowski’s “legs immediately became paralyzed” as a result of his wounds and the officers “forcibly removed” him from his car and beat him.

Nassau police have offered few comments on the lawsuit, but at the time of the incident Collins said he fired weapon because he was “in fear for his life” after being knocked to the ground by Duchnowski’s car.

Duchnowski denies that claim and attorneys say ballistics evidence shows the officer “was standing up while he fired th[e] gun” and that there are “no medical records that support he was injured.”

It appears police were responding to a home invasion and shooting at a residence Duchnowski shares with his brother – who was shot during the incident. As of Wednesday, that man was listed in stable condition.

Police reportedly searched the residence and found “92 grams of concentrated cannabis, 2.9 pounds of marijuana, and 809 [Xanax] pills” in a bedroom closet.

Cassar said Wednesday that the new charges were retribution against Duchnowski for the August litigation.

“There was a home invasion. The brother was there; Leo was not,” Cassar said. “However, [police] did do an investigation. I guess they got a search warrant, and they found drugs in a safe, and the police are now claiming that those drugs are Leo’s. He denies that.”

Police have not commented on the retribution allegations but Nassau Police Benevolent Association president James Carver said Wednesday that he thinks “the arrest of [Duchnowski] with the drugs speaks volumes to what his credibility is.”