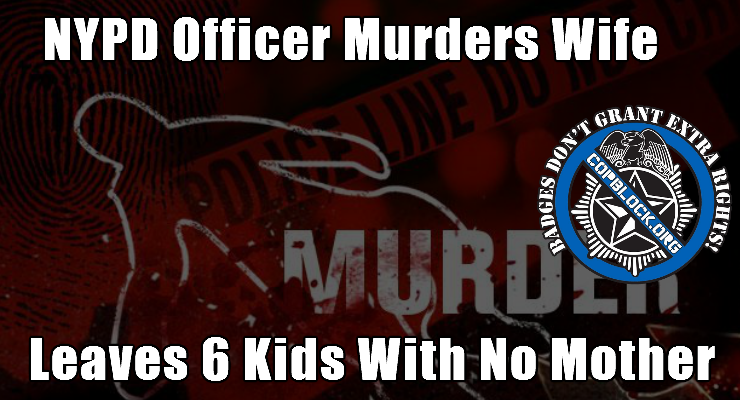 Officer Paul Leitgeb, 49, who is now retired from the NYPD, has been arrested in connection with the murder of his wife.

Officer Leitgeb was eventually found on the Appalachian Trail five days later. According to police, Officer Leitgeb had attempted suicide, as he had cut his wrist and his throat. Officer Leitgeb and State Troopers were in a tense standoff, where he threatened further harm to himself, as well as the responding officers – he was armed with a box cutter.

Officer Leitgeb is currently recuperating from his self-inflicted wounds at Mid-Hudson Regional Hospital in Poughkeepsie. He will be arraigned whenever he is released from the hospital. He is facing charges of second-degree murder.

Tricia Odierna was the proud mother of 2 beautiful children, 7-year-old twins, Alicia and Jake. Tricia had also taken in three nephews after the death of one of her sisters.

A Go Fund Me page has been set up by Odierna’s friend, Lauren Aichinger, to help with the kids’ expenses. “She had her twins and her sister’s three boys and they were just her life, she did everything for them,” Aichinger said.

This is the statement released by family/friends on the Go Fund Me page:

Tricia Odierna was one of the most beautiful souls I ever had the honor of knowing.  She was my best friend, confidant, sister I never had.  She had a heart of gold and to know her was to love her. She would give you her last penny, pick you up at 2 am and drive you wherever you needed to go, listen to your problems while dealing with all she had going on. She was the most selfless mom I know to her beautiful twins Alicia and Jake, her step daughter Danielle, and her three nephews Joey, Justin and Jonathan. A loving aunt to Abby, Jonathan and Samantha. A wonderful sister to Tracie, Tami, Melanie and Jeanine. The world lost an angel and our lives will never be the same. Tricia loved to dance and so did her children. Please help with as much or as little as you can, so we can somehow help this family through this nightmare.

I have previously reported that being married to a cop increases your risk of domestic violence, rape, abuse, and murder. It also increases the chances of child abuse as well. In fact, some studies suggest that you are 4x more likely to be a victim of abuse if you are married/dating a law enforcement officer. To read that article, click the image below. If you are married/dating a police officer and you need help, please call the National Domestic Abuse Hotline at 1-800-799-7233.