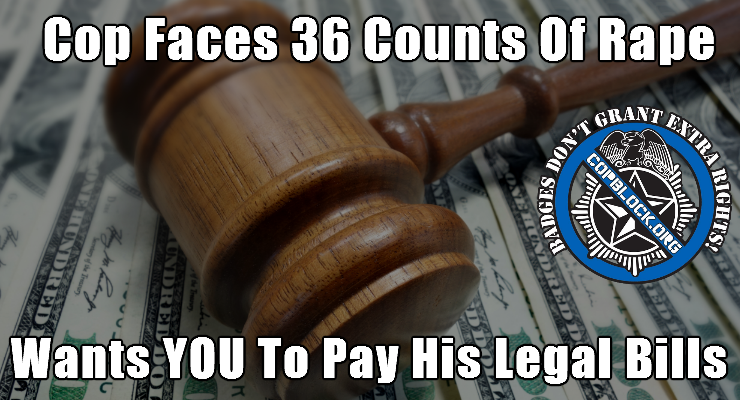 Oklahoma City Police Officer Daniel Holtzclaw is charged with 36 counts of rape, sexual battery, indecent exposure, and forcible oral sodomy. His assaults came to the attention of the police department after several women came forward, claiming the officer had sexually assaulted them. (Read the original article by Pete Eyre Here). As of the date of this article, a total of eight women have came forward with claims against Officer Holtzclaw.

He is accused of stopping women, who were all black and between the ages of 34 and 58, while on duty in Oklahoma City. Prosecutors say that Officer Holtzclaw raped two women and either fondled others or forced them to expose themselves, and police said there may be more victims. According to the arrest report, Holtzclaw told the women that if they didn’t comply with his wishes, they would be arrested or physically harmed.

One of his victims has filed a civil lawsuit against Officer Holtzclaw and the city. His attorney formally asked the city to pay for his legal defense with taxpayer money. It’s estimated that his legal defense could ultimately cost the city tens-of-thousands of dollars, if not more.

Officer Holtzclaw’s family made the news recently after their Go Fund Me page was taken down after raising almost $8,000 of the $500,000 bond. According to the Go Fund Me terms of service, “Campaigns in defense of formal charges or claims of heinous crimes, violent, hateful, sexual or discriminatory acts” are not allowed.

Besides asking the city to foot his legal defense fund, the family has started a Facebook page, begging the public to donate money.  (I would urge all CopBlock supporters to visit the Facebook page and leave comments). In contrast, a Facebook page has also been setup to support Holtzclaw’s victims.

Officer Daniel Holtzclaw was fired from the department in January of this year. The maximum charge in Oklahoma for one count of first-degree rape alone is life in prison.

Though I shouldn’t be shocked, the city is considering Holtzclaw’s request for the taxpayers to foot the bill. Please contact the elected officials and let them know that you do NOT want our money going to support this ‘alleged rapist’.