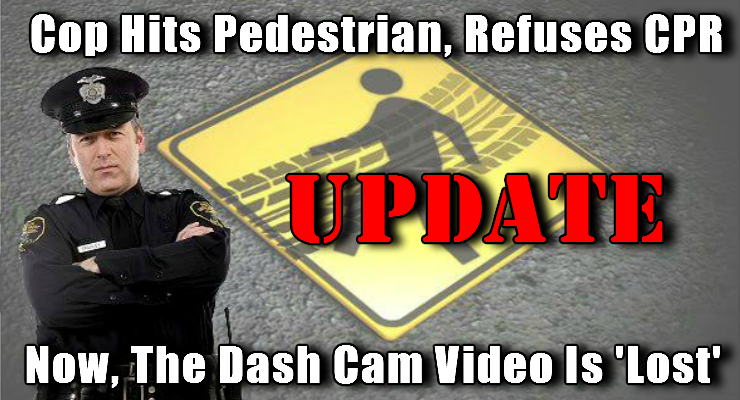 A few days ago, I posted the story of a speeding officer who struck and killed a pedestrian. In addition to not having his emergency lights and sirens on, witnesses say the officer refused to perform CPR on the dying man.

It wasn’t until minutes later, that another officer arrived on scene and tried to save the man. 22-year-old Christopher Deshon Kimble Jr. died from his injuries, and possibly due to the willful neglect of a person that had sworn to ‘protect and serve’.

The police department claims the officer was ‘in shock’, but witnesses saw the officer ignoring the dying man so that he could check out the damage done to his patrol car.

“We aren’t certain if it was caused by the accident, or when it occurred.  There are issues with it.”

Police are still refusing to identify the officer involved, but do say that he is on ‘paid suspension’.

The officer claimed to have been enroute to an emergency. However, East Cleveland community activist Gerald Strothers stated that he was listening to the police scanner and the officer was not going to any type of emergency. The only thing that the officer said initially, according to Strothers, was ‘man down’.

Now that several media outlets have requested the dash cam footage of the accident, the footage has mysteriously disappeared because of an even more mysterious circumstance. Supposedly, the officer was also wearing a body cam. When asked about releasing that footage, the police department said they no longer have possession of the video, claiming it was turned over to the State Police.

Why Have Police Refused To Name The Officer?

I have to wonder, why haven’t police officials released the name of the officer involved in the accident. Are they hiding something? When doing background research for this article, I decided to dig into the background of the only officer who has been mentioned by name thus far – Commander Scott Gardner.  It seems Commander Gardner is no stranger to illegal activities.

Again, one has to wonder why police are refusing to name the officer involved. Are they hiding his identity because of past illegal actions, like those of his commander? Lastly, if Scott Gardner’s name sounds familiar, he was the detective in charge of investigating 13 of his officers who fired 100+ bullets into the bodies of Timothy Russell and Malissa Williams. Somehow, I seriously doubt the police will find any wrongdoing with the police investigate themselves.