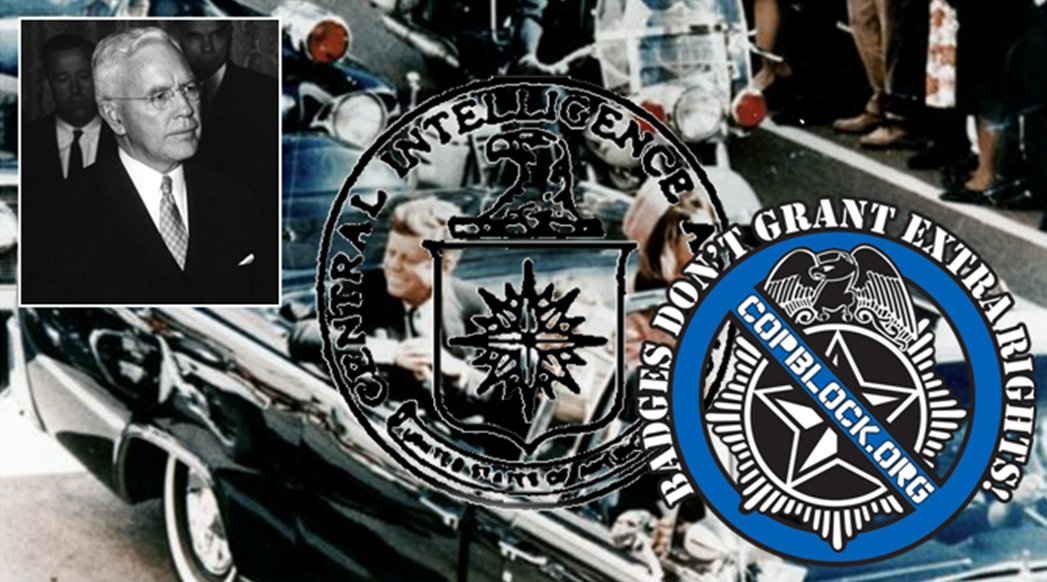 Written by CIA historian David Robarge, a report originally published as an article in the agency’s classified internal magazine (Studies in Intelligence) has been declassified revealing an admitted “cover-up” of details surrounding the assassination of President John F. Kennedy Jr..

Drawn from a still-classified 2005 biography of CIA Director John McCone written by Robarge, the article was published in September 2013 to mark the 50th anniversary of the killing. It was quietly declassified last fall and is now available online in the George Washington University National Security Archive.

CIA spokespeople told Politico Magazine that the agency decided to release the report “to highlight misconceptions about the CIA’s connection to JFK’s assassination,” which includes numerous conspiracy theories that elements within the agency were themselves responsible.

According to the report, McCone – who worked as Director of the agency from 1961 to 1965 – participated in a “benign cover-up” intended to keep the Warren Commission focused on “what the agency believed at the time was the ‘best truth’ – that Lee Harvey Oswald had acted alone in killing John Kennedy.”

Primarily, the report found that McCone withheld information from the commission about CIA operations to assassinate Fidel Castro, which included some that were conducted in league with the Mafia. Without the information, the commission never knew to investigate whether Oswald had accomplices in Cuba who may have wanted retribution.

The report – which has scarcely been reported on inside the United States – does not raise qualms with the official findings of the commission, including the disputed claim that Oswald was a lone gunman acting independently without any aid from others. This raises questions as to true motive for the release of the once classified information.

Produced internally by agency academics well versed in the acts of misdirection and propaganda, articles from Studies in Intelligence are routinely declassified to the public. This might lead one to speculate that the CIA may be using the intentional leaks to cultivate a more positive perception about scrutinized actions it has taken in its past.

The agency operated an illegal mail-opening program from 1952 until 1973 called HTLINGUAL. Its purpose was to intercept mail going to the Soviet Union and China. The declassified report reveals that McCone omitted evidence that the agency was in communication with Oswald before 1963 and had secretly monitored his mail after he attempted to defect to the Soviet Union in 1959.

“It would be surprising if the [director of central intelligence] were not told about the program” following Kennedy’s assassination, the report reads. “If not, his subordinates deceived him. If he did know about HTLINGUAL reporting on Oswald, he was not being forthright with the commission – presumably to protect an operation that was highly compartment[alized] and, if disclosed, sure to arouse much controversy.”

The report may describe the cover up by McCone and others at the agency as “benign,” but it is at the very least an internal admission that the agency denied information to the Warren Commission that might have prompted a more rigorous investigation.

After the Castro plots were exposed in the 1970s, members of the commission expressed disdain that the information had been kept from them, and said had they known, they would have pursued Oswald connections to Cuban communists.

In 1993, documents were released after the passage of the JFK Records Act that revealed Oswald traveled to Mexico City where he met with spies from the Cuban and Soviet governments weeks before the assassination – a trip that the CIA engaged in multiple disinformation campaigns about.

A Frontline report points out:

Shortly after Oswald’s Sept. 27 visit to the Cuban consulate [in Mexico City] to try to get a visa, the CIA station in Mexico informed headquarters about it and requested information on him. But headquarters lied to its station, saying that no information on Oswald had been received by headquarters since his return to the United States 18 months earlier. Documents show, however, that most of the half-dozen agency employees who participated in the drafting and dissemination of this false story had signed for and read various FBI reports received on Oswald during those months, especially during the two weeks before this deception was invented.

After President Kennedy’s assassination, documents show that the agency created two more false stories in connection with Oswald’s Mexico City visit. The first cover story was that the CIA’s tapes of the phone calls [Oswald made to the to the Soviet embassy and the Cuban consulate] had been erased before the assassination. The second cover story was that the CIA did not realize Oswald had visited the Cuban consulate until they looked into the matter after the assassination.

McCone claimed in 1978 that he could not have shared information about the Castro plots with the commission in 1964 because other CIA officials “withheld the information” from him.

The declassified report found however, that McCone’s testimony “was neither frank nor accurate,” since it was later determined that he had been told about the CIA-Mafia plots nine months before he appeared before the commission.

“The decision of McCone and agency leaders in 1964 not to disclose information about CIA’s anti-Castro schemes might have done more to undermine the credibility of the commission than anything else that happened while it was conducting its investigation,” the report says. “In that sense – and in that sense alone – McCone may be regarded as a ‘co-conspirator’ in the JFK assassination ‘cover-up.'”