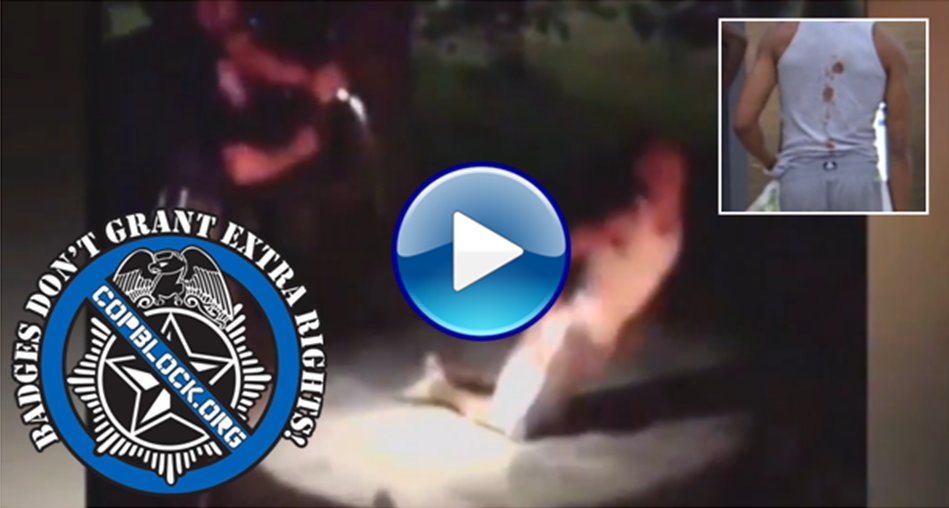 Video has emerged showing a Texas city councilman being tased in the back by a police officer while on his knees Thursday night.

Prairie View councilman Jonathan Miller says he was practicing a step routine for homecoming with some fraternity brothers outside his home when city police pulled up and started questioning people.

“She’s like, ‘What are you guys doing?'” Miller’s friend and witness Alaric Jones said. “We’re like, ‘Nothing. Gonna practice some steps.’ And she said, ‘No it looks like you guys are doing some drug-related stuff because this is a high-drug area, high crime area also.'”

After Miller came to check on his friends, police say he started interfering with their investigation by not backing away when commanded and continued asking questions.

They say Miller was told he was being placed under arrest and was then tased after he began wrestling with a male officer. Witnesses from the scene however, dispute that claim.

In the footage recorded by Wilson, Miller can be seen on the ground on his knees speaking calmly with the officers. One of the cops can be heard telling the man to put his hands behind his back before deploying his taser, hitting him from behind.

Miller then falls face first to the ground. He was booked on charges of “interfering with public duties” and “resisting arrest, search or transport.”

When asked by local reporters if he “did anything that could be seen as resisting arrest,” Miller responded by saying, “I don’t feel so.”

He spent the night in jail and was released Friday on a $1,000 personal recognizance bond before being treated at a local hospital for back injuries.