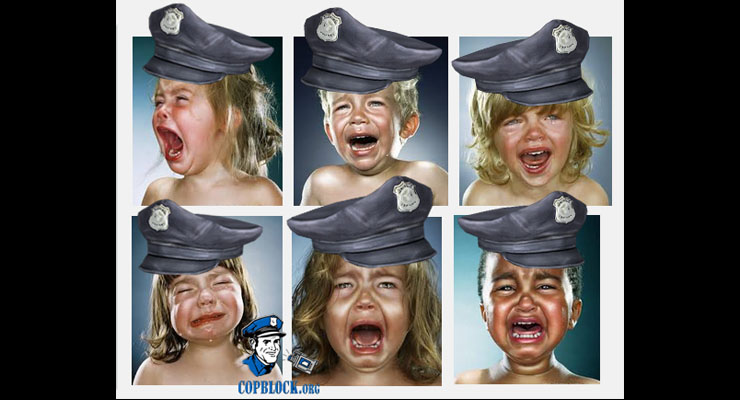 A recent Washington Post article provided an inside look at what the heads of law enforcement agencies talk about in private:

“Chiefs of some of the nation’s biggest police departments say officers in American cities have pulled back and have stopped policing as aggressively as they used to, fearing that they could be the next person in a uniform featured on a career-ending viral video.”

The theory emerged as a possible explanation for a rise in violent crime reportedly occurring in some cities that police and police apologists refer to as “The Ferguson Effect.”

FBI Director James Comey prefers to blame YouTube rather than protests in Ferguson and other cities:

“We stare at the math, and stare at change in cities that seem to have nothing in common with one another. What’s the connection among Boston, Washington, Minneapolis, Chicago, Milwaukee, Houston, Dallas, other than being American cities? Has policing changed in the YouTube era? I don’t like the term ‘post-Ferguson,’ because I actually believe the ‘YouTube era’ captures it better.”

I guess the choice is we either let cops abuse people, or accept that they won’t do their jobs properly. https://t.co/UqXZTiVGql

American cops are perpetual petulant toddlers, always on the verge of grabbing all their toys and leaving the sandbox if the public dares to question or criticism them, or try to impose the unreasonable expectation that they engage in constitutional policing. What they don’t seem to realize is that people are increasingly seeing that the cost of the police protection racket is too high, and built on lies to begin with.

First of all, there is no surging crime wave. America is still in the midst of record low levels or near-record low levels of crime. The articles saying otherwise are police-initiated propaganda designed to terrorize the public into thinking that they need cops too desperately to risk offending them with criticism, no matter how warranted.  This propaganda has been thoroughly debunked in a number of articles:

Secondly, police (and police apologists) overstate their role in reducing crime to record levels. Here in Fairfax County, government officials could not talk about their most recent scandal involving the unjustified shooting of an unarmed man (followed by two years of obstruction), without praising the police department each time:

Fairfax County is one of the safest localities in the country.  The Fairfax County Police Department, celebrating its 75th anniversary this year, has long served and protected our community, and through a model of community policing, has built and maintained the public trust and confidence.

Sharon Bulova, Chairman of the Fairfax County Board of Supervisors repeated these words almost verbatim at speeches and in

written statements, but she didn’t write them. That quote comes directly from David Rohrer, the former Chief of Police, who was promoted to Deputy County Executive for Public Safety. He suggested that language as “a softer, more neutral beginning” in speaking about how the FCPD has repeatedly killed unarmed people over the years.

I think the fact that the residents of Fairfax County are relatively disinclined to commit crime, and live in one of the wealthiest counties in the nation, has much more to do with how safe the community is. I also have to point out the irony of having a police department that is so quick to shoot people without cause, brag about how safe the community is. Then why are its cops so terrified and trigger-happy?Also, while police and their supporters are quick to credit broken windows-style aggressive policing tactics, it is now widely thought that this approach and the mass incarceration it fuels are actually criminogenic, that is they increase crime.

Broken Lives from Broken Windows: The Hidden Costs of Aggressive Order-Maintenance Policing, a 2009 article in the New York University Review of Law & Social Change describes the policies typically referred to as overcriminalization:

Yet overlooked in the deluge of commentary on the costs of tough-on-crime policies are the effects and costs of aggressive order-maintenance policing strategies that target misdemeanor and noncriminal  offenses. These policies affect millions of people in the United States each year, resulting in more convictions than for more serious crimes and constituting the most common point of contact between the public and the criminal justice system. The most aggressive of these policies permit arrests for offenses not even punishable by jail time.

This paper argues that policing minor offenses so aggressively creates significant hidden costs that undermine the legitimacy of the criminal justice system, create substantial burdens for poor people (the majority of those arrested for order offenses), and erect barriers to education and employment. In addition to the loss of legitimacy and diminished economic opportunities, another result of aggressive order-maintenance policing may be an increase in crime and disorder.

However, police agencies and their apologists are not merely saying that police are stepping back from aggressively pursuing minor offenses; they are also saying their fear of public opinion is making them back away from acting in cases of serious crime. Radley Balko puts it plainly once again:

“The second point is more alarming. If police in Baltimore and St. Louis are letting protesters and critics make them too afraid or spiteful to do their jobs, essentially turning their backs to allow people to be robbed and killed, that isn’t a problem with protester or social justice culture, it’s a  problem with police culture. One would hope that a conscientious cop would be encouraged by the indictment of a bunch of cops for allegedly giving a man an illegal, extra-judicial punishment that resulted in his death. Getting bad cops, law-breaking cops off the street is after all a boon to law and order, not to mention to the reputation of cops who do it right. Instead, we’re told by law enforcement groups and their advocates that your average, well-intentioned cop is so outraged by these indictments that he’s refusing to do his job. Or, more ridiculous still, that even the good cops are hesitating to protect people out of some fear that they’ll be publicly criticized by racial justice groups. For a profession that takes such pride in its bravery, police advocates make cops seem remarkably thin-skinned.”

Lastly, if police and their apologists truly believe in the legitimacy of their actions, they should welcome having their service to their communities widely documented. Instead police are still arresting people for exercising their first amendment right to film cops all over the country and cops are preventing people from filming them, and deleting or attempting to delete footage. What is it that they are trying so desperately to hide?  The police know that the more the public sees of what cops do, the more they see that much of modern policing is unnecessary, overly antagonistic, and inexcusably criminal.

8k
SHARES
FacebookTwitterGoogleRedditTumblr
DiggLinkedinStumbleuponMailPrint
You Can Support Cop Block by shoppping on Amazon using the banner below:
BANNERS ARE CLICKABLE