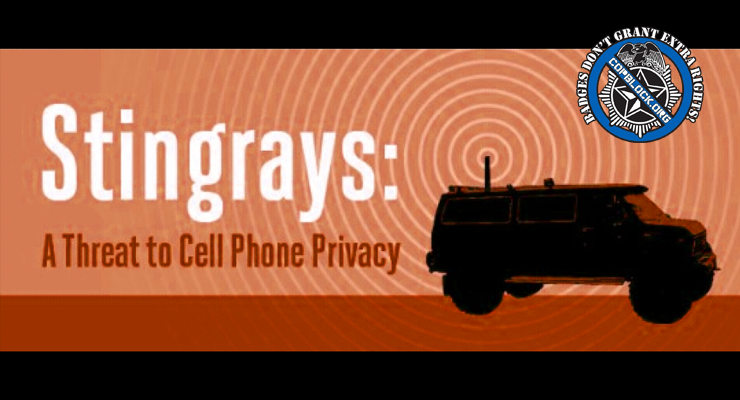 Governor Jerry Brown signed a bill into law that says police must get a warrant to use a stingray during investigations. The stingray is a device that can intercept calls and text messages from cell phones. California police departments, until now, have used them regularly and claim that getting a warrant to snoop on someone’s phone calls “undermines” police.

The California Electronic Communications Privacy Act proposes to enhance digital privacy and imposes a requirement for police to get a warrant before accessing digital data created by or stored on a device.

The American Civil Liberties Union of California sponsored the bill, in addition to Google, Airbnb, Apple, and Facebook.

“Governor Brown just signed a law that says ‘no’ to warrantless government snooping in our digital information. This is a landmark win for digital privacy and all Californians,” Nicole Ozer of the ACLU of California said in a statement. “We hope this is a model for the rest of the nation in protecting our digital privacy rights.”

The law specifically states that police are forbidden from “accessing electronic device information by means of physical interaction or electronic communication with the device,”

Similar laws have been passed in Utah, Minnesota, Virginia, and Washington.

California police would typically use a stingray under the legal authority of a “pen register and trap and trace order,” a law written before cell phones existed that allows police to obtain someone’s calling metadata.

Pen registers are granted with a much lower standard than a search warrant or a wiretap order. Police simply have to show that information intercepted from the pen register is “relevant to an ongoing criminal investigation.”

Many judges will sign a pen register not fully understanding that the cops are asking permission to use a stingray.

California doesn’t even have its own pen register statute; applications simply cite the federal statute.

“For too long, California’s digital privacy laws have been stuck in the Dark Ages, leaving our personal emails, text messages, photos, and smartphones increasingly vulnerable to warrantless searches,” Senator Mark Leno of San Francisco, a state legislator, said in a statement.

“Senator Leno and I helped bridge the gap between progressives and conservatives to make the privacy of Californians a top priority this year,” Senator Joel Anderson said. “This bipartisan bill protects Californians’ basic civil liberties as the Fourth Amendment and the California Constitution intended.”