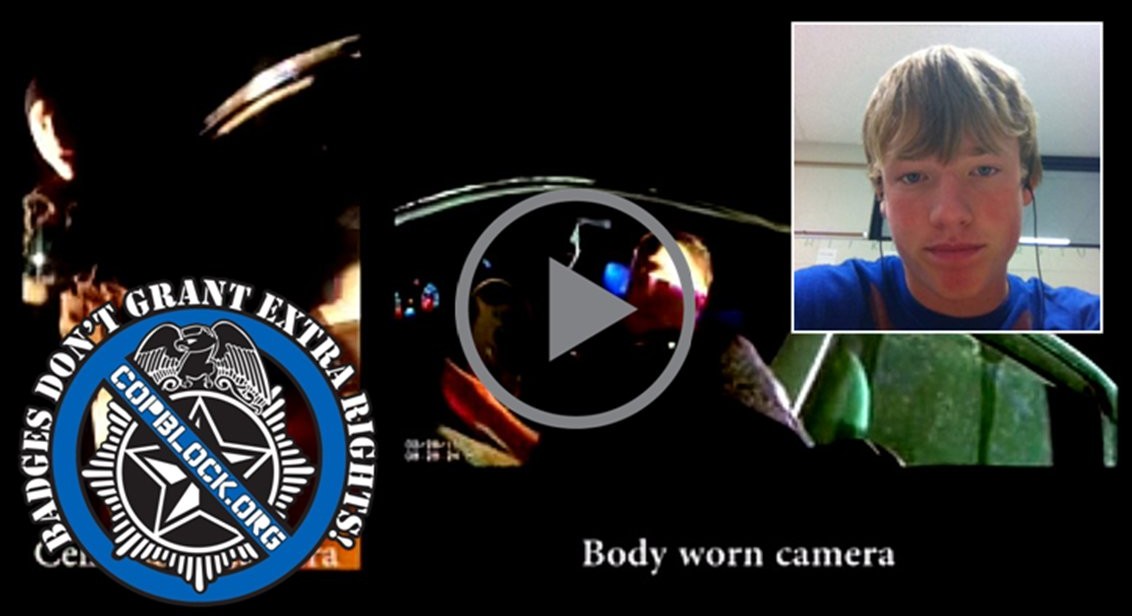 The Michigan family of a teen killed by an Eaton County Sheriff’s Sgt. during a February traffic stop for “flashing his lights,” has filed a federal wrongful death lawsuit against the county and officer involved.

Sheriff’s Sgt. Jonathan Frost shocked 17-year-old Deven Guilford with a stun gun, and then shot him seven times, including in the head after initiating the stop when the boy flashed his bright lights at him on the highway.

In body-cam footage recorded during the incident, Guilford stands up to the ridiculous stop and says he flashed his lights because it appeared that the officers brights were on, and that he couldn’t see.

The video shows Guilford repeatedly refuse to give Frost his driver’s license before conceding that he did not bring it with him, as he was just coming back from a quick trip taking his brother to a basketball game at Liberty Church in Grand Ledge, and was on his way to his girlfriends house.

It was later determined Guilford’s license was with his girlfriend.

The footage shows the situation escalate and Frost orders Guilford out of the vehicle. As the teen exits, the officer shouts commands and orders him on the ground.

“I don’t have a weapon,” Guilford says after he is on his belly. Frost can then be seen pouncing on the boys back in attempt to wrestle his arms behind him.

“Get your hands behind your back, you’re under arrest,” Frost says.

“You cant do that,” Guilford says. “Officer, what are you doing?”

Moments latter Frost jumps to his feet and deploys his stun gun, striking the teen and sending electric current through his body.

Guildford can be heard moaning from the ground in agony before seven shots ring out into the night as cars are heard passing near by.

Eaton County Prosecutor Doug Lloyd said in June that Frost’s actions were “lawful” after reviewing a Michigan State Police investigation launched into the incident that included the video evidence.

Frost said that in the short period between his stun gun deployment and the gunshots, that Guilford had got off the ground, was able to get on top of him, and was hitting him in the face – a claim apparently backed up by photos showing the officers bloody face.

There is no video of these final moments as Frost says his body camera came off during the struggle and his SUV had no dash camera, but the Sgt. asserts that as he was about to lose consciousness, he was forced to fire seven shots at the teen at close range.

Prosecutor Lloyd seemed content with Frost’s assessment of the incident and took up for the officer, saying he was concerned Guilford might be able to take his weapon from him and that he had sustained injuries to his head and face.

Lloyd’s decision cleared Frost of any criminal wrongdoing. On Wednesday, as Guilford’s parents announced their federal lawsuit, they said that their trust in law enforcement has been “shaken to the core.”

“As we take this action today we are outraged at the huge miscarriage of justice done to our son Deven,” Brian and Becky Guilford said. “We must say that belief has been shaken to the core by the actions of Frost and refusal of the Eaton County Prosecutor to hold Frost accountable. The failed criminal justice system forces us to seek other avenues for some kind of justice for Deven.”

They family added that they have been “agonized in confusion trying to figure out how…. Deven could have acted so out of character and attacked Frost” like police have claimed.

The lawsuit alleges Frost’s “entire course of action was illegal and in violation of Deven’s constitutional rights.” It asks for a jury trial but does not seek specific monetary damages.

Supporters of Deven are encouraged to attend a rally on Oct. 24 at the Michigan State Capitol from 2 to 5 p.m. to stand in solidarity with the family and deceased teen.

The Eaton County Sheriff’s Department has offered no comment on the pending litigation.