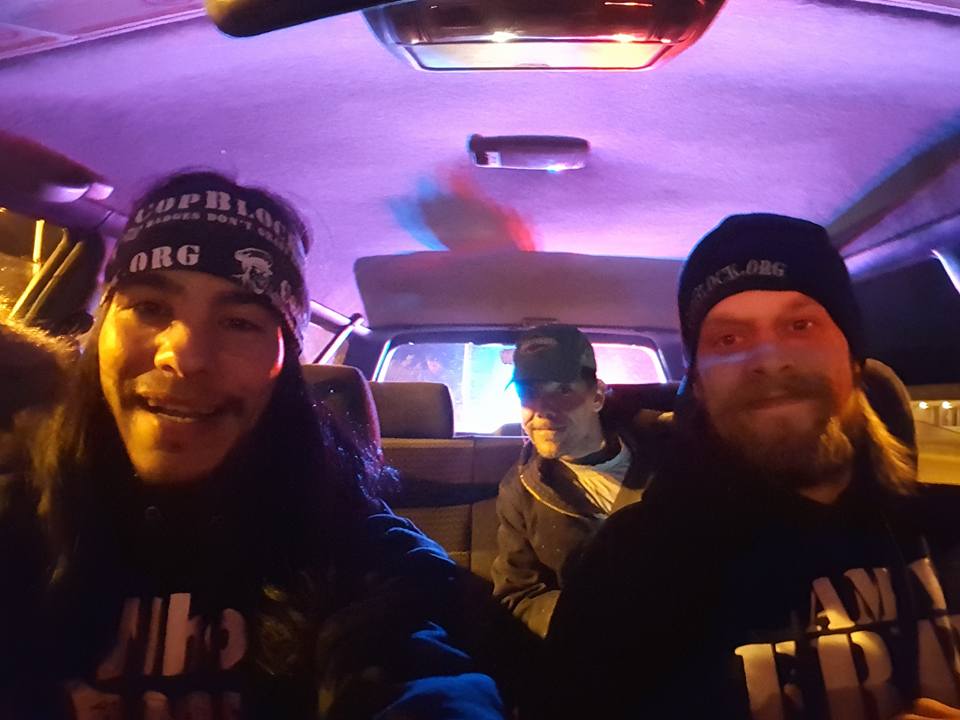 Ademo and I were out in Johnson County, KS. We had gone on a fishing trip for cops. With a burned out headlight, we hit the road for Johnson County. KCK CopBlock founder Danny Florez was riding with us. He was the one who told us about that area, and how all they did was traffic, and vehicle violations. It wast long until we came across a traffic stop on the main street. We tried to follow the cops but they lost us. A few minutes later a cop took the bait and pulled us over. After running Ademo’s information, a felony warrant for criminal mischief in Hamilton County Indiana popped up. He was kidnapped and taken to the Johnson County Adult Detention Center 913-715-5100. As of now there is no bond, and a court date scheduled for Monday afternoon at 1:30 pm.

You should also call the Hamilton County Sheriff’s Office in Noblesville IN, where the warrant originated from. The phone number there is 317-776-1588

Ademo is being held as a fugitive for criminal mischief. There is no information on the state from where the warrant was issued. Please call the JDAC 913-715-5100 and voice your discontent with the kidnapping of a peaceful person that originated over a burned out headlight. Just another example of how traffic stops turn innocent people into criminals.

We have ideas for a direct action at the jail Saturday October 17th. If you are in the Kansas City/Johnson County please stay alert for any upcoming news.

This warrant for criminal mischief is derived from a chalking protest at the Nobelsville Police Department. Where CopBlock Network Contributors held a chalk protest.

Check out the video.