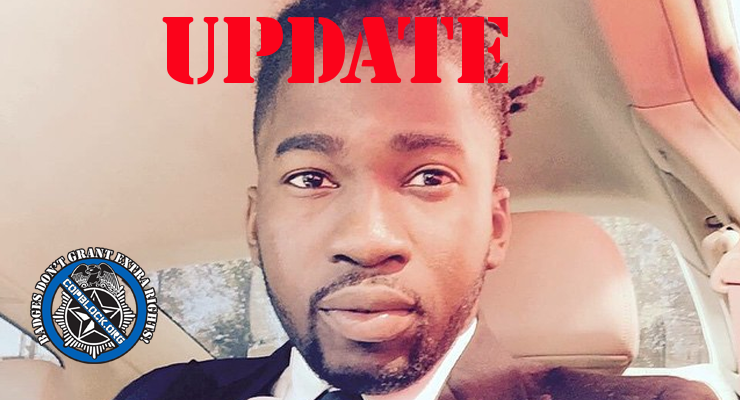 Two deputies that were charged with involuntary manslaughter in the killing a 21 year old Nigerian college student in Savannah Georgia were acquitted of those charges on Friday. However, they both found guilty of lesser charges. Former Deputy Jason Kenny was found guilty of cruelty to an inmate, while Former Deputy Maxine Evans was found guilty of public records fraud and three counts of perjury. Evans had falsified a restraint chair log and then lied about it during grand jury testimony in an effort to cover up for Kenny. In addition, Greg Brown, former nurse, was also acquitted of manslaughter, but guilty of making a false statement.

As reported earlier on CopBlock.org, Matthew Ajibade, who suffered from bipolar disorder and was deprived of his medication while in the Chatham County Jail, was tasered and beaten to death while strapped into a restraint chair and unable to defend himself in any way on New Years day of last year. In all, nine deputies were fired as a result of his murder. (See videos below.)

“I am not surprised by the verdict,” said Ajibade’s cousin Chris Oladapo, who attended the trial and gave a statement through his family’s attorney.

“I knew that that same system that failed Matthew would not be the system that got him justice,” he said.According to a separate civil lawsuit lodged by Ajibade’s family, the incident began on Jan. 1 when Ajibade was having a manic episode caused by his bipolar disorder.

His girlfriend called police for help and told them what was happening, the suit said, adding she gave officers a bottle of Ajibade’s medicine to give to the student.

However, they arrested him and put him in restraints in a cell, alleging that he committed domestic offences (sic), including battery and resisting arrest. He was later found unresponsive and pronounced dead at the jail.

Police brutality is rife in the US and in recent months numerous protests have been held across several American cities over police maltreatment of people, in particular, African Americans.

Police mistreatment and outright murder of mentally ill people has been a problem for sometime and has been an increasingly deadly prospect for those who call the police requesting help with friends or relatives that are experiencing episodes related to mental illness.