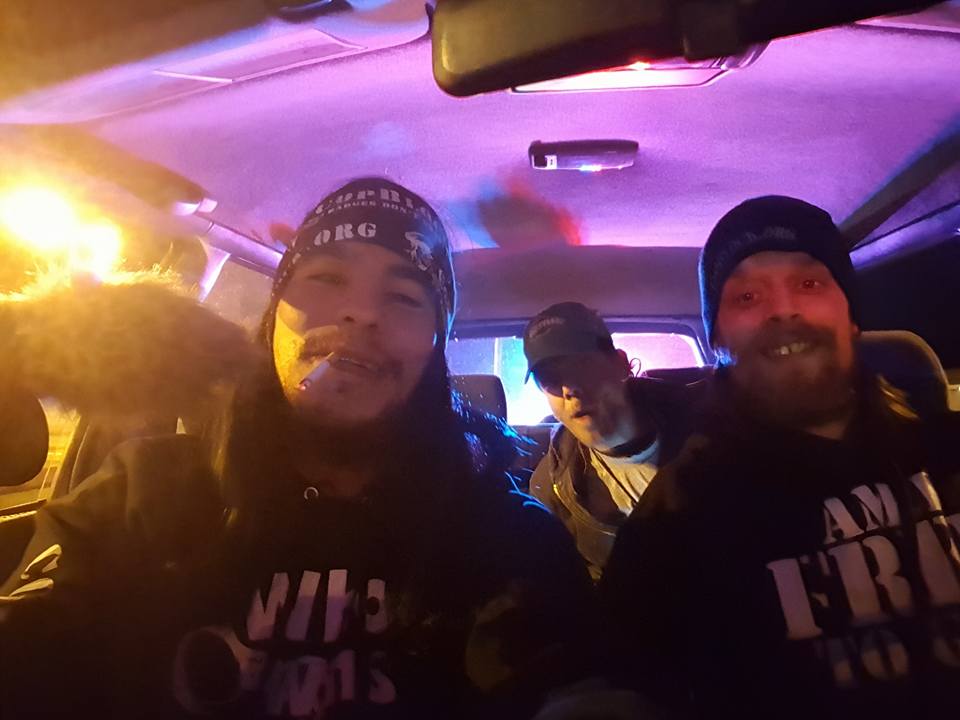 Friday night the MAC Crew (Ademo, and I) accompanied by Danny Florez founder of KCK CopBlock. Set out on a fishing expedition in Johnson County,KS. In order to catch a pig we knew we were going to need a big hook. Forest was modified to have a burned out headlight and we cast our line into the sea of the police state.

Ademo and I had no catches on our first couple tries but after receiving word that Johnson County, KS was one of the richest counties in America and that they have nothing better to do than hassle people in order to generate revenue, we decided to do some fishing of our own.

Not long after getting into town we filmed a traffic stop, not sure the reason for the stop but it was for a reason that only benefited the state and did nothing to make a victim whole.  After it was over we returned to our vehicle an drove after the cops. After a few minutes of driving, we flipped a U-turn, set the hook, and reeled him in.

If it is such an issue that they would send a person with a gun to stop you for it, shouldn’t that person be more concerned with actually fixing the problem instead of fishing for another opportunity to extort you or turn you into a criminal?

In our case Ademo was arrested on a misdemeanor criminal mischief warrant out of Indiana. The charge doesn’t exist in Kansas. Yet he was still kidnapped and caged. The police originally stated that it was a felony warrant from Montana, with extradition attached.

If this this wonderful investigative work that we are supposed to trust when it comes to bringing in the correct person for the correct crimes its no wonder so many innocent people are incarcerated every year.

Ademo has been released from jail on a fugitive bond. I also have a warrant out of Indiana. We are working to clear our warrants, and overcome this obstacle as soon as possible. We are appreciative of the support and a special thanks to all of you who contributed to his bail.

Check out out Nobelsville Indiana incident.