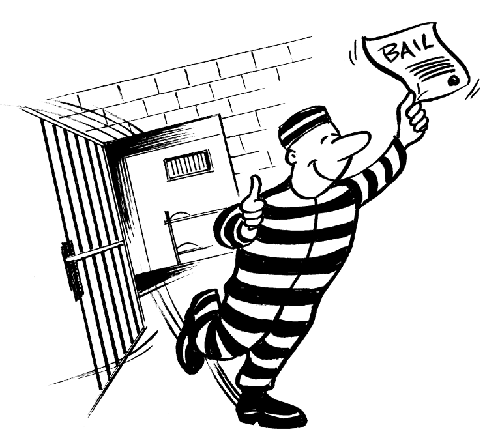 Ademo Freeman, Free Keene blogger and founder of Cop Block, is out of jail! As you may know, Free Keene broke the news of his arrest in Johnson County, Kansas this weekend on a warrant for “criminal mischief” out of Noblesville, Indiana. However, we later discovered that despite the claims of the arresting officers from Shawnee, KS as well as his jailers that Ademo was facing a FELONY “criminal mischief” charge, he was actually only facing a class B misdemeanor!

Sadly, Ademo did not realize this as he’d not seen any official paperwork the entire time he was in custody in Kansas. Considering he was expecting to be held until extradition to Indiana and further held in Indiana’s jail pre-trial, he decided to have his friends and supporters bail him out. Only while he was getting bailed did he discover that he was not actually facing any felonies. So, his friends unknowingly paid $800 to a bail bondsman (non-refundable) to likely have him released a day early. (His hearing in front of a judge was to be Monday, where he’d likely have been released, as Indiana’s Johnson County will not extradite for that misdemeanor charge.) Ademo commented in an extended interview on tonight’s Free Talk Live that had he been fully informed, he’d have chosen to sit in jail and not be bailed out. We had him on-air to discuss his situation for most of our second hour (click here to jump straight to the interview).

Cop Block’s Mobile Accountability for Cops tour will hit the road again soon, though the previously planned stops will have to be rescheduled as they still have to clear up the warrants in Indiana (there’s one for Ademo’s tourmate, Brian Sumner as well). Stay tuned to Cop Block’s MAC Tour page for the latest.