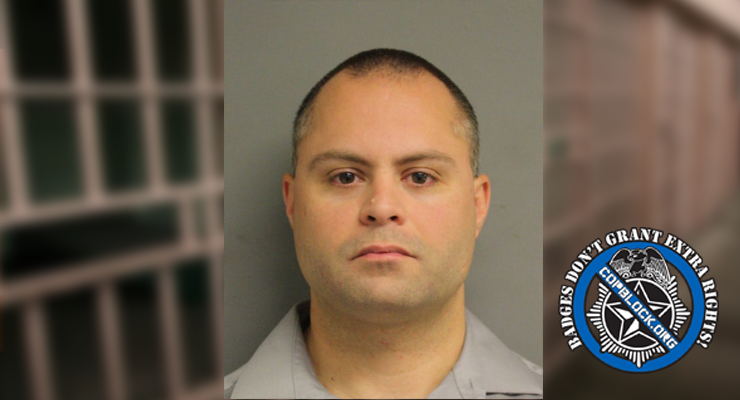 Officer Damon Michael Jones, 37, has been arrested after raping a 15-year-old student at the Spring Independent School District, where he was a School Resource Officer.

According to the Harris County Sheriff’s Office, the officer was assigned to the school, as many SRO’s are, to protect our children. Like many SRO’s, he betrayed the trust of the young girl. Their inappropriate and illegal relationship started off by texting one another, which turned into late night phone calls and eventually into rape.

Though the officer claims the relationship was consensual, a child under the age of 16 cannot legally consent to a sexual relationship with an almost 40-year-old deviant. Therefore, under the law, it’s called rape / sexual assault.

The inappropriate relationship came to the attention of school employees after the girl told her family what the officer was doing to her.

According to the Spring Independent School District, the officer was placed on administrative leave and assigned to ‘home duty.’

Officer Jones made his initial court appearance this past Friday, where Judge David Mendoza issued a ‘no-contact order’ against the officer.  As of the time of this post, Officer Jones was being held on a $30,000 bond.