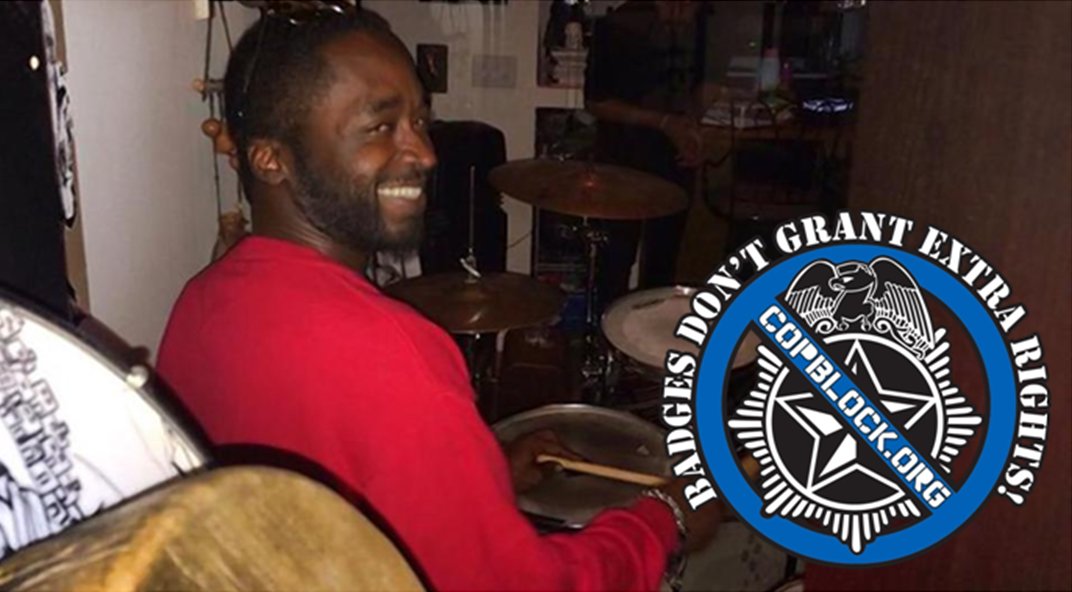 A Florida church musician was shot and killed by Palm Beach police on Sunday after his vehicle broke down on the side of the highway – and officials are still refusing to release details about the incident to the family, including where their loved ones body is.

Band-mate Mathew Huntsberger says 31-year-old Corey Jones finished a gig at a Jupiter bar Saturday night before his SUV stalled on the Interstate 95 exit ramp at PGA Boulevard during the early hours of Sunday morning.

Huntsberger said he had already made it home when he received a call from Jones saying he was having car trouble and thought maybe his vehicle needed oil.

According to Huntsberger, he brought some oil to the man but it didn’t help prompting Jones to call At&T Roadside Assistance for aid. Huntsberger then headed home at around 2:30 a.m. rationalizing that he could be of no further assistance.

That was approximately 45 minutes before Jones was dead. Just what exactly happened during that time is unknown, and police have said almost nothing about what occurred.

The officer involved however, has been identified as Nouman Raja.

Raja, who was on duty in an unmarked patrol car and in plain clothes, reportedly believed Jones’ vehicle was abandoned and stopped to investigate it.

Police say as Raja exited his vehicle, “he was suddenly confronted by an armed subject,” and “as a result of the confrontation,” fatally shot Jones.

Jones’ cousin Ava Wright says that family are devastated not knowing the finer details about what happened and can’t imagine how Jones – a well known church drummer with an excellent reputation in the community – could have ended up killed at the hands of a cop.

“We don’t know where his body is, we don’t know what’s going on, all we know is someone knocked on the door and said this has happened,” Wright said. “The family needs some comfort. He never got into any trouble, [and] he was a very good kid.”

Police say Raja has been placed on paid administrative leave, in compliance with department policy regrading shooting incidents, and that an internal investigation into the matter has been launched.

Jones had been scheduled to be the lead drummer at his church just a few hours after he was killed.

Church officials say the musician had never stood them up before and that they knew something was seriously wrong when he didn’t show up and couldn’t be reached by phone.

“When Corey wasn’t playing the drums for me, he was right down the street at his family’s church every single Sunday,” a friend of the deceased, Benjamin Dixon said. “He was a church musician… a church man. He was the most laid back, easy going guy I’ve ever worked with.”