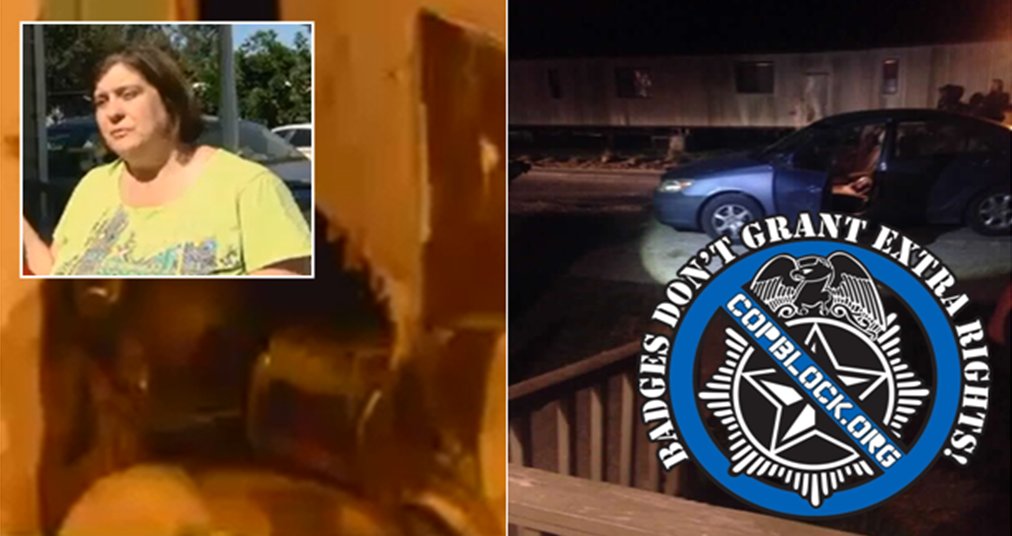 A Louisiana family says they are still terrified after Jeanerette police officers kicked in the bedroom door of their children after observing a car abandoned in front of their home that was reported to be stolen.

Nancy Landry says she awoke early Sunday morning to the sounds of voices and flashing lights outside her bedroom window before her husband opened the front door to see what the commotion was.

He was confronted by multiple officers with their guns drawn, Landry says, and the couple were handcuffed and thrown into the back of a patrol car.

The woman claims the officers then proceeded to kick in a bedroom door where her two sons and one of their girlfriends were sleeping and handcuffed and detained them in a police vehicle as well.

“At first I thought we were getting robbed, then I saw it was cops,” the boy’s girlfriend, Erin Broussard said. “I didn’t know what was going on.”

Landry says the officers left the family sitting in police cars for about 45 minutes and refused to tell them why they had been accosted despite onlooking neighbors telling the cops that they had the wrong people.

The woman says she was finally informed that a stolen car involved that night in a robbery at a local Family Dollar store was left running and unattended in front of the families property.

Since the incident, the family says they no longer feel comfortable in their own home and are contemplating moving.

“I’m supposed to feel like if someone is trying to break in my house I should feel like I can call you, but now I don’t feel like I even want to see you on the streets,” Landry said. “We don’t even feel safe in our house from law enforcement.”

The woman says after the officers realized that they had acted in error, they didn’t even offer the family an apology.

“They are over at the marshal’s office trying to find a way to cover their tracks, I’m sure, because they sure didn’t decide to say ‘hey we made a mistake,'” Landry said. “That would have been nice.”

Police say they are investigating the incident but Jeanerette Marshal Fernest Martin called the raid “appropriate.” He said if the department had the incident to do over again, they “would do things the same way.”

Landry is reportedly consulting with an attorney and is currently weighing her legal options.