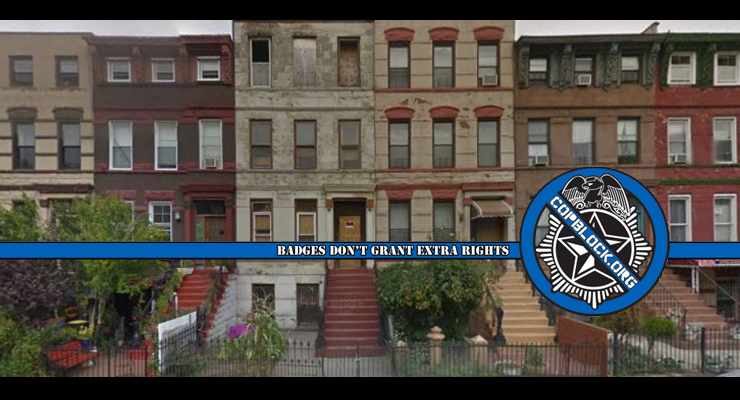 NYPD Officer Blanche O’Neal, 45, has been indicted and arrested on multiple felony counts – But you may not believe how she got caught!

Back in 2012, Officer O’Neal had filed a frivolous $5 million lawsuit against the estate of Lillian Hudson, claiming that she had been injured by debris in front of Hudson’s estate. When the lawsuit didn’t pan out,  the greedy NYPD cop transferred ownership of the estate from the deceased woman’s family to her own self by forging the deed. Officer O’Neal claimed she bought the $500,000 property for a mere $10,000 as part of the lawsuit.

Things were going well for the dirty cop, until she walked into the NYPD’s fraud unit and claimed that someone was ‘stealing’ her house (the same house that she stole from a dead woman).  As it turns out, the person who was ‘stealing’ the home was the legal and rightful heir to the Hudson estate.

After an investigation by the NYPD’s fraud unit, Officer O’Neal’s sinister plot was revealed. She was indicted and arrested on four felony charges. Those charges include: perjury, grand larceny (forging a deed), second-degree grand larceny and criminal possession of a forged instrument.

Officer Blanche O’Neil is just the latest in a long line of bad NYPD cops to make the news. Here are a few of those examples: