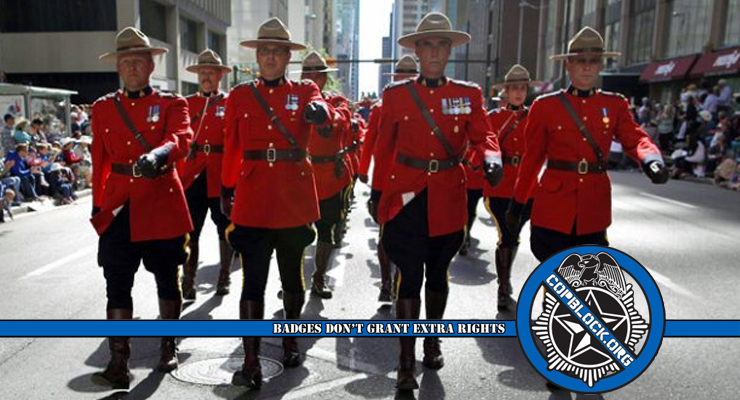 This is a personal account of RCMP officer harassment submitted to CopBlock.org by Heather Coupland. If you have a story involving police misconduct please consider joining the CopBlock Network, or use the submit tab to share it with us.

My mother June, died in November of 2006. I was fortunate enough to be there when she died, but it traumatized me. I was left with a large sum of money as my inheritance. I did what any other addict would do. I bought drugs to cope with my suicidal thoughts.

One of the local law enforcement officials, RCMP Constable Harland Venema started to give me a really hard time. He was harassing me everywhere. If I was at the bar he would show up there and demand ID, not only from myself but also from my friends. I was cornered by him everywhere I went. Eventually my friends stopped hanging with me because of his constant surveillance, and harassment.

Later he arrested me under the Mental Health Act, because he said I was going to kill a police officer.

I couldn’t handle the harassment right after my moms death so I decided to follow him home one day, and I started to harass him at his house. My logic was you wanna harass me where I live, then I will harass you at your home. I would turn all my lights off in my apartment and as they drove by for the 100th time, I would shoot at them with my BB gun. I started keeping a log of the harassment. One day they stopped me and gave me over 1200$ in ticket violations that I never committed.

I decided to start selling drugs, and became the biggest drug dealer the little town of Grand Forks, British Columbia ever seen. I gave them a reason to harass me but to my surprise they backed off  I was eventually arrested and convicted of trafficking, possession of firearms, carrying a concealed weapon, and many other drug related crimes.

The book I was keeping as a log of the harassment in was turned around on me in court. They said I was keeping track of who was on shift; and when so I could kill one of them. They just painted me as this totally out of control criminal drug dealer.  It didn’t matter that Venema had started harassing me.

I was convicted and served 2 yrs in a federal penitentiary here in Canada. When I got out I was red zoned from Grand Forks British Columbia because Const. Venema was afraid of me coming to get him. If I didn’t get arrested when I did… I might have actually killed Const. Venema. I was that

mentally unstable from my mother and best friend dying due to lung cancer. Through the entire ordeal it was like they didn’t even give two shits that my mental health was not well. In fact they exacerbated my mental health with sustained harassment.

I was so very mentally unbalanced after my moms death that these cops should have seen I was needing help not harassment. Now I am listed on the high-profile criminal list because they thought I was going to kill them. Now I’m mentally balanced and I know harassing them back wasn’t the best choice, but at the time I felt like I had no other choice. -Heather Coupland

*Authors Note* I can neither confirm or deny any of the claims made by Ms. Coupland’s . I only wanted to help provide a platform for this personal story of police harassment. I think harassment and surveillance from a law enforcement official is stressful enough without also dealing with a tragedy such as a death in the family. I have sent multiple emails to Ms. Coupland and when and if she responds, I will update this post.

Harland Venema is a narcotics cop in Grand Forks, BC. He appeared in a documentary about Cannabis. I don’t know if that verifies any of Heathers claims about being a drug dealer but it makes sense to me.