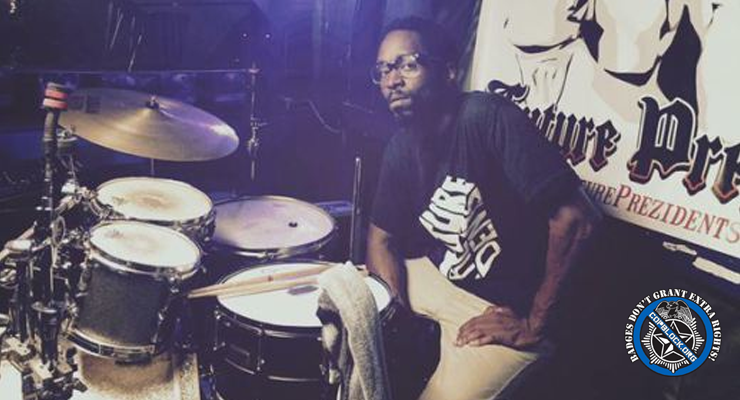 PALM BEACH GARDENS, Fla. -At about 3:15 Sunday morning on the southbound ramp of Interstate 95 a Palm Beach Gardens officer shot and killed a man. Circumstances of the incident are still unclear.

Monday, police released the name of Corey Jones as being killed in the Palm Beach Gardens Officer involved shooting. Officer Nouman Raja shot and killed Jones’ in what was described as an “incident that unfolded within seconds.”

Police say Nouman was on duty in plainclothes and in an unmarked police vehicle. He stopped to investigate what he believed to be an abandoned vehicle. The officer claims that when he “stepped out of his vehicle he was confronted by an armed subject.” Police say the officer “discharged” his firearm resulting in the death of Corey.

Corey’s brother  said that he received a phone call early Sunday morning after his vehicle broke down on the side of I-95, saying he needed a tow truck.

The Band Corey was in played  Corner’s Ocean Bar and Grill and had finished about 1:20 a.m. Friend, Huntsberger met him on the exit ramp where Jones told him the car started having trouble while on the interstate and he had to pull over. Jones thought maybe the car needed oil, so Huntsberger got some for him but that wasn’t the problem. Jones called for AT&T Roadside Assistance at approx. 2:30AM and Huntsberger decided to head home. What happened in the 45 minutes between the call to the tow service and the shooting is unknown.

Friends and family say Jones was pretty much raised at church, He was a good man who could “move you with his music.” They’ve been stopping by the I-95 exit ramp to reflect about Corey’s death.

Jones’ Uncle had this to say, “He grew up on the drums over there. We taught him a few things about life and about being a gentleman. We really just need to get more information.”, “It’s such a tragedy. He’s a really good kid.”

A longtime friend of Corey said, ” It’s some b-s they didn’t release everything right when it happened, I feel like it’s almost a cover up. They’re trying to hide something. Corey having a gun? I’ve never even heard of him having a gun.”

However,  Corey’s aunt says she believed he had a gun permit and a gun because she thought she remembered him saying that, but that he would never use it, it “wasn’t in Corey’s character to be confrontational.”

An unknown “source” with “knowledge of the incident” but did not want to be known because of the current investigation says Corey Jones had a gun, but the altercation might have been a misunderstanding because Nouman Raja was in plainclothes and driving an unmarked car. The source says Raja was working burglary surveillance in the area when he confronted Jones, and the incident unfolded within seconds. “The assumption is that the guy didn’t know he was a cop.”

“I know Corey’s soul is crying out for justice”, “We’re righteous people, but we believe in the truth. We’re going to find out what happened to Corey.”

Gardens police has no comment on circumstances that led up to the shooting.

The family is frustrated with police because they haven’t received any answers.

The investigation has been turned over to PBSO who will be working with the state attorney’s office to determine whether the shooting was justified or not. It may take several months to complete the investigation.