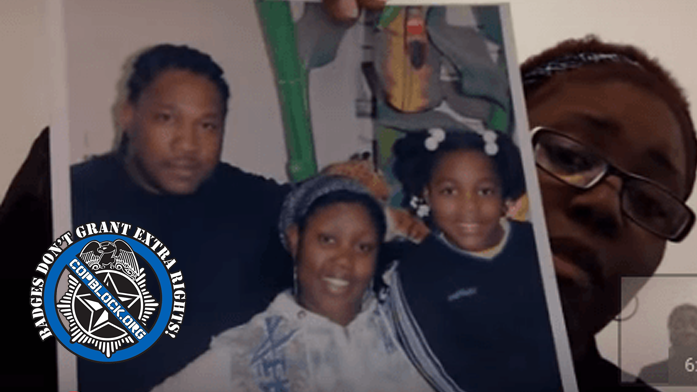 The hardest thing that I’ve ever had to do was tell my daughter that her father wasn’t coming home. My husband, Myron Jenkins, was serving eight months in the Federal Detention Center in Miami. Five days before he was released, I was informed that he had died, alone, in his cell. For the last 3 months of his sentence he had been complaining to me and the corrections officers of severe pain due to a fall he suffered in prison. He said he had asked them constantly for medical treatment to alleviate the pain but all he received was Motrin. Had he gotten the medical care he required, I believe he would still be alive today.

I am asking the Justice Department to investigate my husband’s untimely death so that we can finally find closure.  My husband was days away from starting his new life as a better man, husband, and father to his five children. We need to know why he died. SIGN THE PETITION

Myron was working as a janitor in the prison where he was serving time. He was so happy to have the job because it afforded him a small stipend that allowed him to make calls to me and his children. During one day on the job, he fell and injured himself and from that point on he wasn’t the same. I could hear it in his voice and over the last three months before his death, on each call he sounded more and more listless. He told me officials ignored his requests for more intensive treatment. I guess they believed that nothing serious could have come from a fall. But their mistake may have cost him his life. He died December 12, 2014.

When the prison system takes custody of someone they are obligated to give that person any and all care they need to keep them healthy. According to Myron, this did not happen. And now his children’s last memory of him is behind bars. My husband made mistakes, and he paid the price for them. But that price shouldn’t have included his life. I am asking you from the bottom of my heart to help me get to the bottom of my husbands death. Tell the Justice Department to investigate Myron’s death. SIGN THE PETITION

LETTER TO
Director, Bureau of Prisons Charles E. Samuels, Jr.
Deputy Director, Bureau of Prisons Thomas R. Kane, PhD
Associate General Councel, Bureau of Prisons James C. Wills
Warden at FDC Miami Lisa T. McGrew
Provide Information to the Family of Myron Jenkins as to how and why he died in Federal Custody at the Federal Detention Center Miami (FDC Miami)
At times justice requires more than the application of the written law. Sometimes justice requires the effort of all people of good will in the community; regardless of position, status or wealth; to join together and demand responsibility of our institutions when it comes to the treatment of those in their custody.
Myron Jenkins died.  Perhaps his death could have been prevented. Unless we help the family in demanding answers, we will never know.
Join us in seeking justice for Myron Jenkins and peace of mind for his family.  Being a lawyer is about more than winning cases, it’s about pursing justice.
Help us in our pursuit of answers on behalf of the family of Myron Jenkins.  For additional information as to how you can be of assistance feel free to contact me.
Sincerely,
The Law Offices of James Sweeting III LLC.
SweetingLaw
(407) 905 5250
618 E. South Street
Suite 500
Orlando Florida, 32801
831
SHARES
FacebookTwitterGoogleRedditTumblr
DiggLinkedinStumbleuponMailPrint