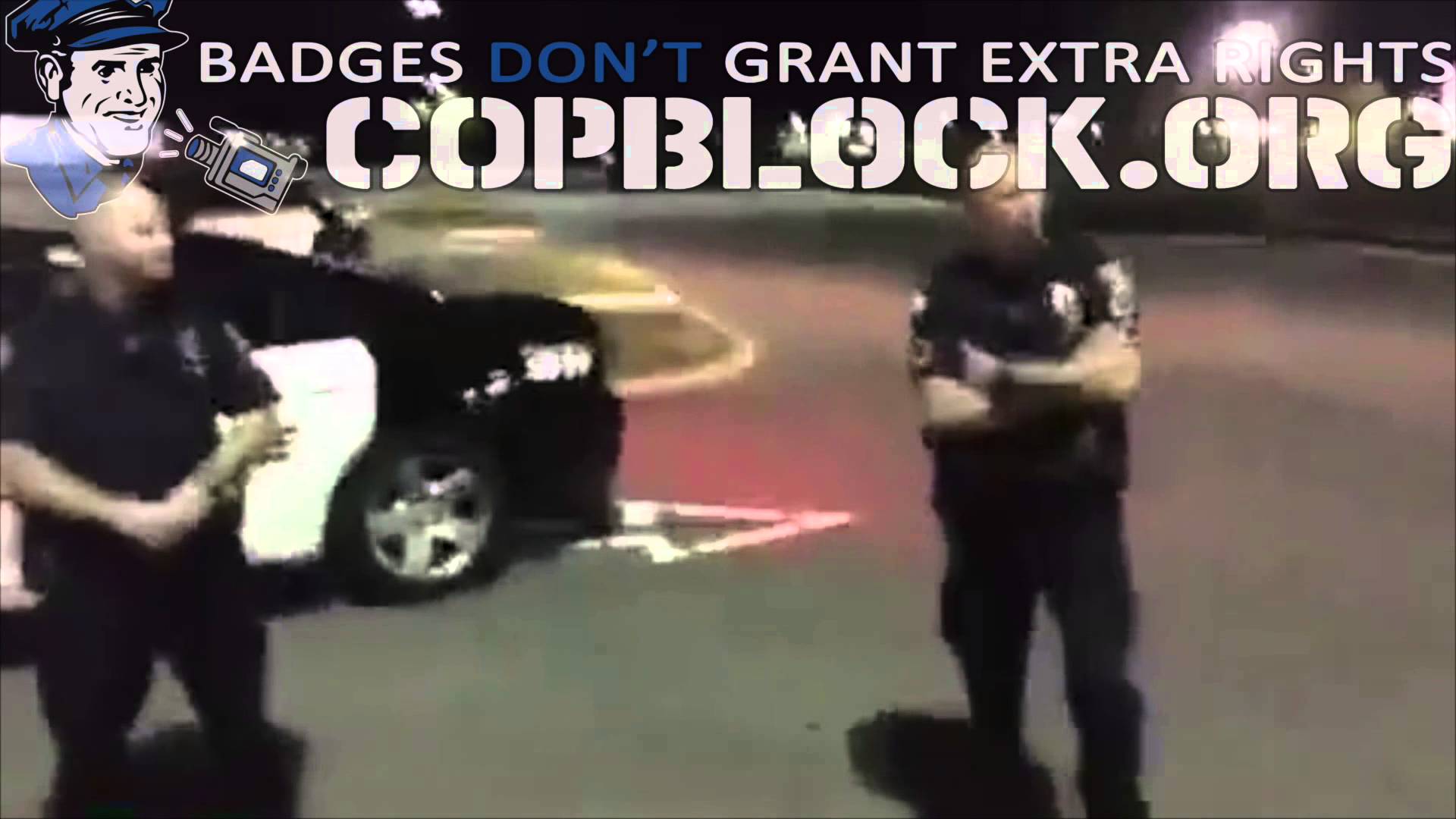 The regular visitors to this site are probably aware that over the weekend I was arrested on a – at first, felony but later a – misdemeanor warrant out of Indiana and spent nearly two days in a cage before being bailed out. You can see the video of my arrest below (or here) and read the post below regarding the actual arrest. Once again, I thank everyone who showed support and concern for me while in a cage.

THE ARREST OF ADEMO FREEMAN: A MULTIPLE ASSAULT ON FREE SPEECH

I’M FREE(r)! BUT FOR HOW LONG? WHAT’S NEXT AND WHAT I’VE LEARNED…

In this post I’d like to take a straightforward look at what those who claim to protect people in Hamilton County (IN) are really doing. This whole ordeal really brings to light a common question when looking at police services these days. That question is, “Who Are They Protecting?” Which is exactly what Brian and I ask ourselves the video below.

It’s obvious that Brian and I chalked the sidewalks, neither one of us denies that, and there’s video to prove it. Furthermore, both Brian and I have been found guilty of chalking related charges in the past but don’t let those convictions lead you to believe that it is illegal to chalk sidewalks. I was found guilty of my chalking charge and appealed the verdict a jury trial. The court then ‘accidentally’ sent my trial notice to an address that didn’t exist and since I missed my hearing my sentence was enacted. Brian chalked a police memorial and feel that’s the only reason why he was convicted. Not only implying that the jury took offense to where he chalked but also the police, hence why charges were brought in the first place. It should also be noted that in my trial for chalking I was arrested for writing on a vertical wall on the police station – it was clearly stated that sidewalks were ok. We’ve learned from those encounters and stick to sidewalks these days. This means that the standard chalk nor the location (horizontal sidewalks) to which we put the chalk are the issues at hand.

By process of elimination and a hint from the reports – that mention the #BlueLivesMurder in Blue Liquid Chalk (btw, that was me) – it seems the issue at hand – other than obvious police butthurt – is how difficult it MAY HAVE BEEN to remove the ‘liquid chalk.’ The state (City Works)  claims that it cost just over $400 to clean up the liquid chalk. I guess this COULD BE correct if you mean it took 4 city workers, one power washer and three hours. Yeah, sure, I guess that could be $400. They also could have brought out three firetrucks, a helicopter and bear cat to ‘remove’ the chalk and be correct that it cost $55,000 to remove. We all know government work isn’t cheap or efficient but that doesn’t mean it actually cost that much to clean it up.

After reading that it was $400 to clean up our Freedom of Speech we became curious and conducted our own test to clean off ‘liquid’ chalk.

With our experiment I would say that it probably could have (or should have) taken one person about 1 hour, maybe 2, to clean up what I chalked with liquid chalk. That’s not $400 worth of time IMO and I don’t think I should have to pay for it anyways. I’m no Bernie Sanders believer, who thinks everything is free, hell no. I get that someone WAS going to clean that chalk up but they DIDN’T HAVE too. Maybe the liquid chalk wouldn’t have come off as easily in the rain as the traditional chalk but it would have came off. Sure it might have kept dirt from building up on the concrete and might have made the words “#BlueLivesMurder” or “Badges Don’t Grant Extra Rights” standout for a little longer but so what? It’s just a sidewalk, they are just words and there’s freedom of speech right? If you don’t clean leaves off of them they leave marks too.

Preventing dirt or leaving a mark on concrete is not damage and a jacked up bill, from the very people offended by the words we wrote, don’t magically change that. They aren’t doing this to recoup the $400 because the Public Works crew is a fully funded gig? I’m also pretty sure the salaries of the public workers are paid whether they clean up my chalk, the streets, plow roads or anything else. So how are we responsible for someone who told someone else to do a job that nature could have taken care of?

Is this really worth the hassle for them? Clearly I believe chalking is worth it, that’s why I’ve chalked so many police stations in my life. I find it effective to spreading the message that “Badges Don’t Grant Extra Rights.” The questions that remain are, how far is Noblesville PD, and James Baldwin (number below) the prosecutor, willing to go to keep their community safe from chalking? Will they spends hundreds of dollars to bring us back to Indiana, hundreds more to jail us and hundreds more again to hold a public trail to ensure judgement for the $400 they’ve already took from taxpayers to hire the guys who cleaned it up in the first place?

I guess if they’re really concerned with keeping Noblesville safe they’ll do just that but to the rest of us, we’re just sitting here laughing because we can’t figure out “WHO ARE YOU PROTECTING?” Maybe they’ll let you know if you feel like calling and asking them.