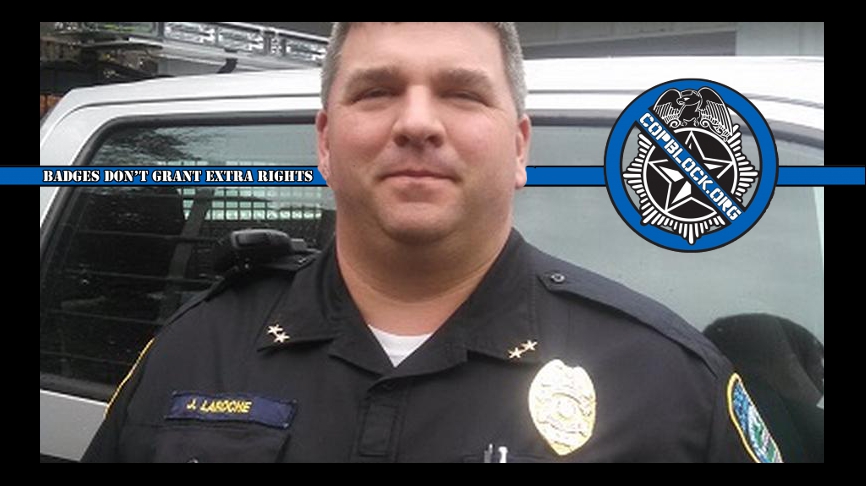 Note: This post was submitted by Ian Freeman, via the CopBlock.org Submissions Page. It was originally posted by Ian at FreeKeene.com under the title, “Another NH Police Chief in Trouble – This Time For Rape.”

If there are only a few bad apples in policing, how do they rise to the top of the ranks? The last case of a corrupt NH police chief reported on the Free Keene blog, less than one year ago, involved New London, NH’s then-chief threatening college girls into stripping so he could photograph them nude in the police department basement.

Now, in the case of Canterbury, NH Police Chief John Laroche, he’s accused of multiple cases of sexual assault (rape) against a teenage girl. To be clear, the girl was of the age of consent, however Laroche was in a position of authority over her, as he was in charge of the Police Explorers program, where teenagers explore whether they would like a career in law enforcement. Apparently, it’s also not uncommon for them to explore their sexuality with the officers.

Laroche was arrested in August, according to this press release from the NH Attorney General. He’s now been indicted on multiple counts, according to NH1.

Please attribute to Free Keene, thanks!