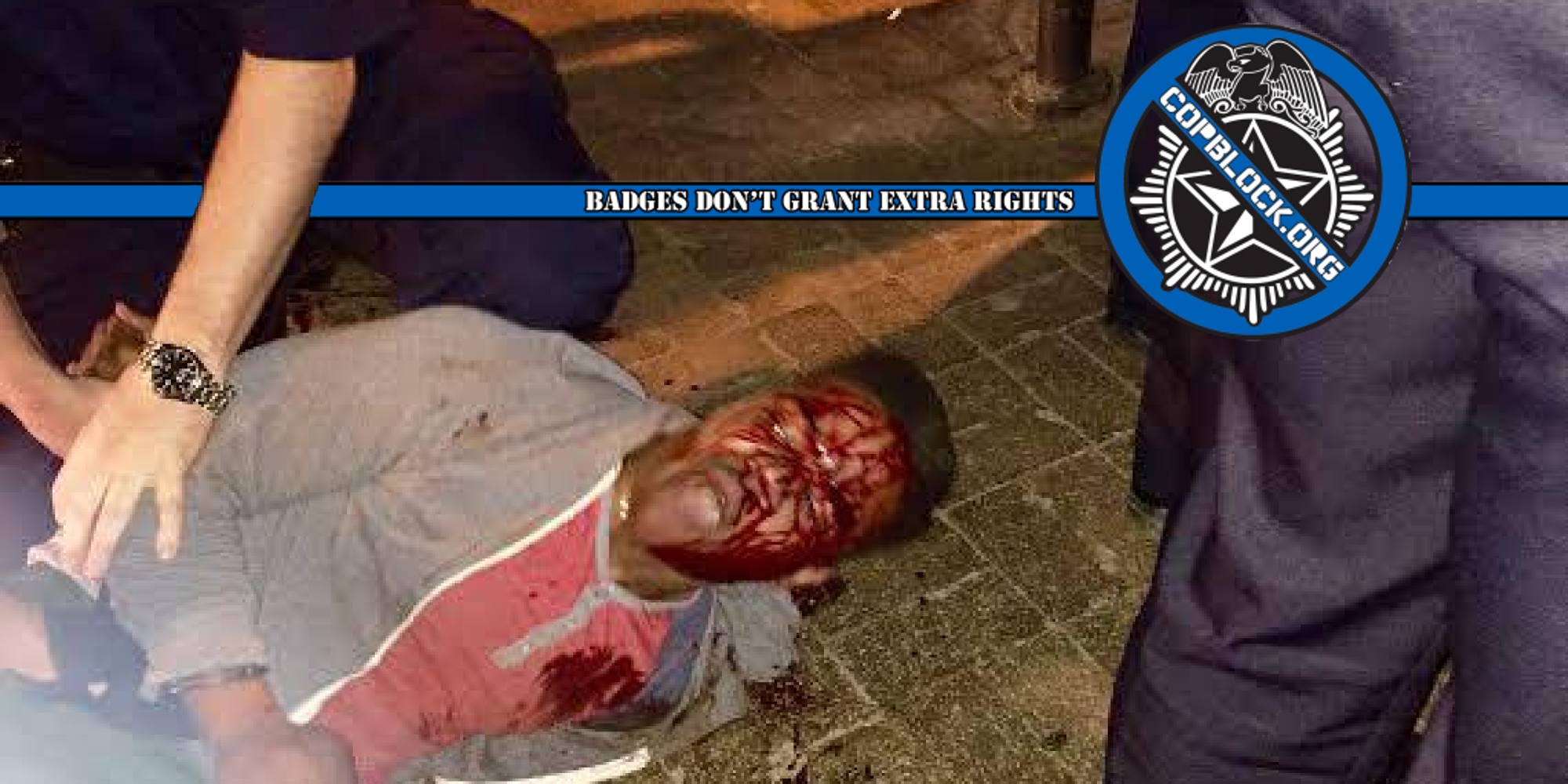 The University of Virginia honors student, who was beaten bloody while being arrested (see video below) in March on suspicion of using a fake ID, has filed a $3 million lawsuit against agents working for the Virginia Alcohol Beverage and Control Department. Martese Johnson, who maintains that he was not using a fake ID, was confronted by agents Jared Miller, Thomas Custer and John Cielakie outside a Charlottesville bar. Charges were later dropped and Johnson has no prior criminal history.

Johnson has sued on the grounds of false arrest, excessive use of force, civil rights violations, and a failure to train or supervise the agents adequately. Within the lawsuit, Johnson and his lawyers state, “Agents of ABC have a history of aggressive, excessive and unjustified behavior in effectuating their duties.” Johnson, who is black, also alleges that race played a factor in his arrest and subsequent beating by the agents, all of whom are white. The white agents arrested Johnson, a member of the school’s honor committee, outside a Charlottesville bar in March. They believed he was using a fake ID, which the suit said was incorrect. Johnson has said race was a factor in the incident.

Johnson’s arrest was widely seen in a video posted online. It sparked student protests at the school and fed a debate on U.S. police treatment of minorities.

A gash in Johnson’s head required 10 stitches. His defense attorney has said that just before handcuffing him, ABC agents took Johnson to the ground, striking his head on the pavement.

Johnson was charged with obstruction of justice and public intoxication. A prosecutor said in June he would not pursue charges against Johnson or the agents: Jared Miller, Thomas Custer and John Cielakie.

The agents were returned to duty in August after a review showed they did not breach policy during the arrest.

The Virginia Attorney General’s Office had no immediate comment on the suit.

Johnson also states that the gashes to his head, which required 10 stitches to close has resulted in permanent scarring and disfigurement to his face.

In an incident that took place in April of 2013, another University of Virginia student was shot at after ABC agents in Charlottesville mistook bottled water for alcohol. When a half dozen men and a woman dressed in plain clothes rushed her car, including one that jumped on top of her car and another that pulled out a gun, Elizabeth Daly panicked (like most normal people would) and tried to drive away. Later, after the shooting stopped, she was charged with three felonies, all of which were dropped the next day. She filed a $40 million lawsuit in March of 2014. It was eventually settled for $212,000 and an “oops, our bad” letter from the Alcoholic Beverage Control board