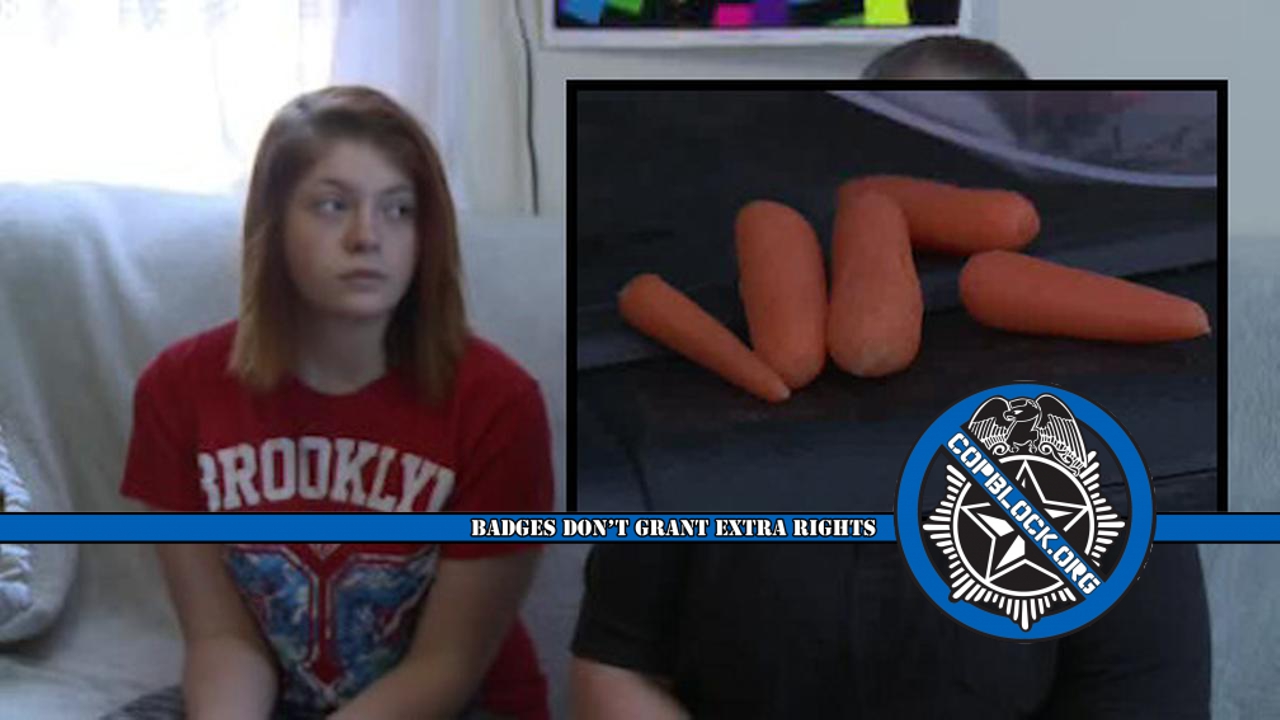 In the latest installment of really stupid things schools have had students arrested for, a fourteen year-old girl in Henrico County, Virginia has been charged with “assault and battery with a weapon” after a baby carrot she tossed hit a teacher. Aliya Nigro had spotted a teacher that she had last year and she got the not great idea that it would be funny to throw the carrot toward her. Soon after, the school came up with the incredibly worse idea of charging a child with a criminal offense for essentially what amounts to throwing a spitwad in class.

“I was actually having a pretty decent day,” Aliya told The Post about the terrible carrot-prank afternoon. “I was in the hall and saw my French teacher who I had last year. It looked like she was holding books or papers. I figured if I got the carrot near her or on the papers, it would have been funny for her to look down sand (sic) see it.” Next thing she knew, though, Aliya said, an assistant principal yanked (her) from Art class and told her the veggie-projectile stunt had been caught on camera.

“When I found out the carrot hit her in the forehead, I thought, ‘Wow,’” Aliya said of the meeting with the principal, adding that (she) was fond (of) her old French teacher and thought they’d gotten along well. “I would have happily apologized to her and written a note and all of that.”

But she was suspended and soon charged with assault and battery with a weapon, she said.

Also according to Fox40 News in Sacramento:

“I don’t even know how to combat the stupidity,” Karrie May, whose 14-year-old daughter Aliya is currently suspended for launching the vegetable, said. May said her daughter has been out of school for a month.

“I don’t understand this,” May said. “Yes, it happened, and I can see a couple of days in school detention or even a couple days out-of-school suspension.  But this goes way beyond that. We have to go to court, and her charges aren’t small: assault and battery with a weapon.”

According to Todd Stone, the “legal expert” for CBS 6 in Virginia, everything hinges on whether the tiny carrot was boiled or raw, because “you don’t have to have an injury or show you were hurt to prove a battery. It just has to be an offensive, vindictive touch. That’s what the law says.”