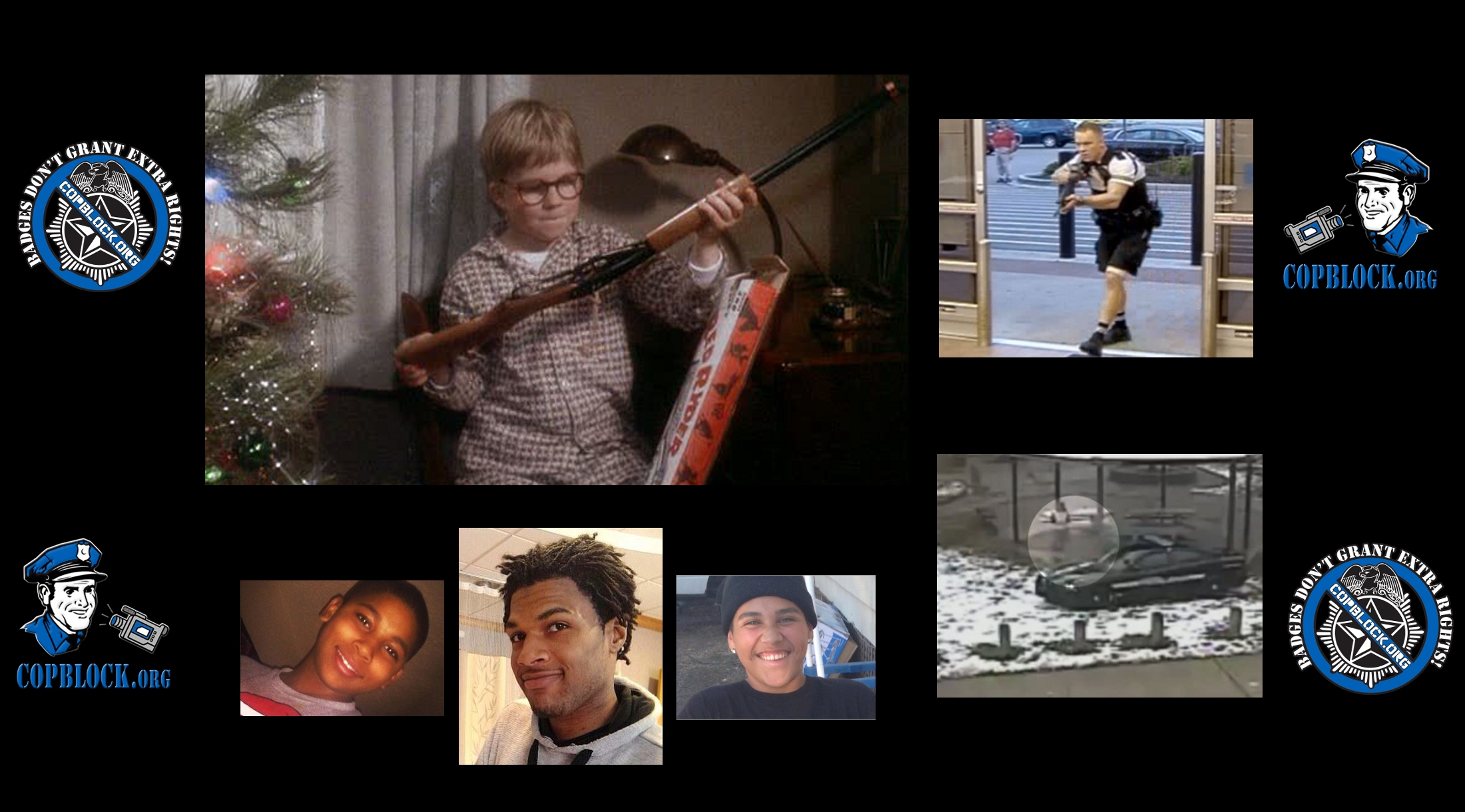 Note: This post was received via the CopBlock.org Submission page. It was submitted by Ballentine of the Sunset Activist Collective, as well as one of the members of the “Sunset 4.”

I was about 12 or 13 when I had a negative experience with law enforcement. I was camping and like other children do, I was playing with a toy gun outside and exploring the picturesque countryside. As I came over a small hill I spotted an armed forestry ranger lecturing another camper about having a firearm on national park lands. As soon as the ranger and I saw each other our body language changed. He stepped back slightly and his right hand flew down to his still holstered pistol.

He screamed “drop the weapon!” or maybe just “drop it!” And I did instantly, knowing that I was seconds away from catching his bullet. He approached me and inspected my toy. He told me to go put it away and out of absolute terror I did. I was just glad to have not been shot in the middle of nowhere. It was just a bizarre set of circumstances. I reasonably could understand his fear, an adolescent who appeared to be armed taking the high ground to possibly ambush him, possibly in connection to the already armed man he was presently admonishing. And yet he didn’t kill either of us.

Tamir Rice, John Crawford III, and Andy Lopez also had toy guns, but unlike me they were murdered by law enforcement. Law enforcement approached them. If law enforcement had not they might still be alive. None of them were committing a crime.

The world has changed. Law enforcement now is taught that they operate in an us-versus-them war on cops mentality. I used to walk around with pellet guns and even fire them within city limits. No one ever questioned it. Packs of children with pellet guns learned to shoot at soda cans in the vacant lots and deserts. We didn’t have airsoft. I can remember being about six and having a cap gun going to the airport in Washington DC. The TSA confiscated it and then sent us a check for it. They explained that they were very sorry, but they didn’t want to have people on the plane be scared. I don’t imagine that would go over the same way today.

I remember learning about the 1968 riots in Chicago and about how Chicago kids played a new game “cops vs protesters” that involved beating each other with pillows or paper towel rolls. Children have probably been playing “cops and robbers” for a really long time. Many articles have been written about reinforcing gender stereotypes through toys and play, but what does the way children play say about police support culture? I too played cops and robbers but I always played the robber. The reason was in my mind cops were these overly wholesome “I’m not going to have any fun at all” people and that was a huge turn off. I think even as a child I considered them to not be that smart.

Does playing these games say something about the way we live? Would I still play if the police had murdered someone I knew? Why are the police always the “good guys” in these games? It’s not “cops and active shooter” it’s cops and robbers. Does this say something about the way we view property and the role that the police play in protecting the concept of property? The danger of all of this is the lack of objectivity. Children are taught not to steal and this is reinforced by playing a game where no one actually steals anything but instead we have a false gun battle playing out daily in backyards. It’s never questioned whether or not its OK to play “cops and robbers” or whether the cop could actually be the bad guy.

Toy guns are bought and sold and will likely be a part of several Halloween costumes this year, but what isn’t talked about is who can carry them and who can’t without fear of being murdered. It’s worth noting that John Crawford III was merely looking at a toy rifle in a store when he was murdered. If you’d asked me 15 years ago should children be allowed to play with toy guns I would have said “yes, they encourage people to go outside and play.” I would still say that children should be allowed but would I recommend it? No. Not anymore. It’s become too dangerous to play now.

Here in Las Vegas, in 1998, a 13 year old boy was wounded when Officer Anthony Russo shot him in the arm and leg for carrying a toy gun. The boy was not on school district property. If you can’t walk around with a toy anymore then we’ve really robbed children of their innocence. Tamir Rice was playing at a park and Andy Lopez in a vacant lot. Who were they going to shoot with their fake weapons? The police caused the danger by entering into a situation with real guns. They could have cleared the area and then approached, they could have observed first, but instead they opted to murder a child. I know some will say “how does this effect me? These were children and I’m an adult who doesn’t have a gun let alone a fake one.” Consider the possibility that the police might shoot you to get their paid vacation and then plant a pellet gun or squirt gun on your lifeless corpse. There is no background check for a pellet gun; there is no registry for any toy gun, as well there shouldn’t be. But this means a law enforcement officer could conceivably find a toy gun while off duty and then plant it as a drop piece and file in their report “it was dark, I thought they had a gun.”

I suspect that this scenario is fairly common and we don’t know, because there is seldom accountability in the form of a criminal trial. We are all at risk of being assassinated by a killer cop so long as the policy of never holding the police accountable continues.