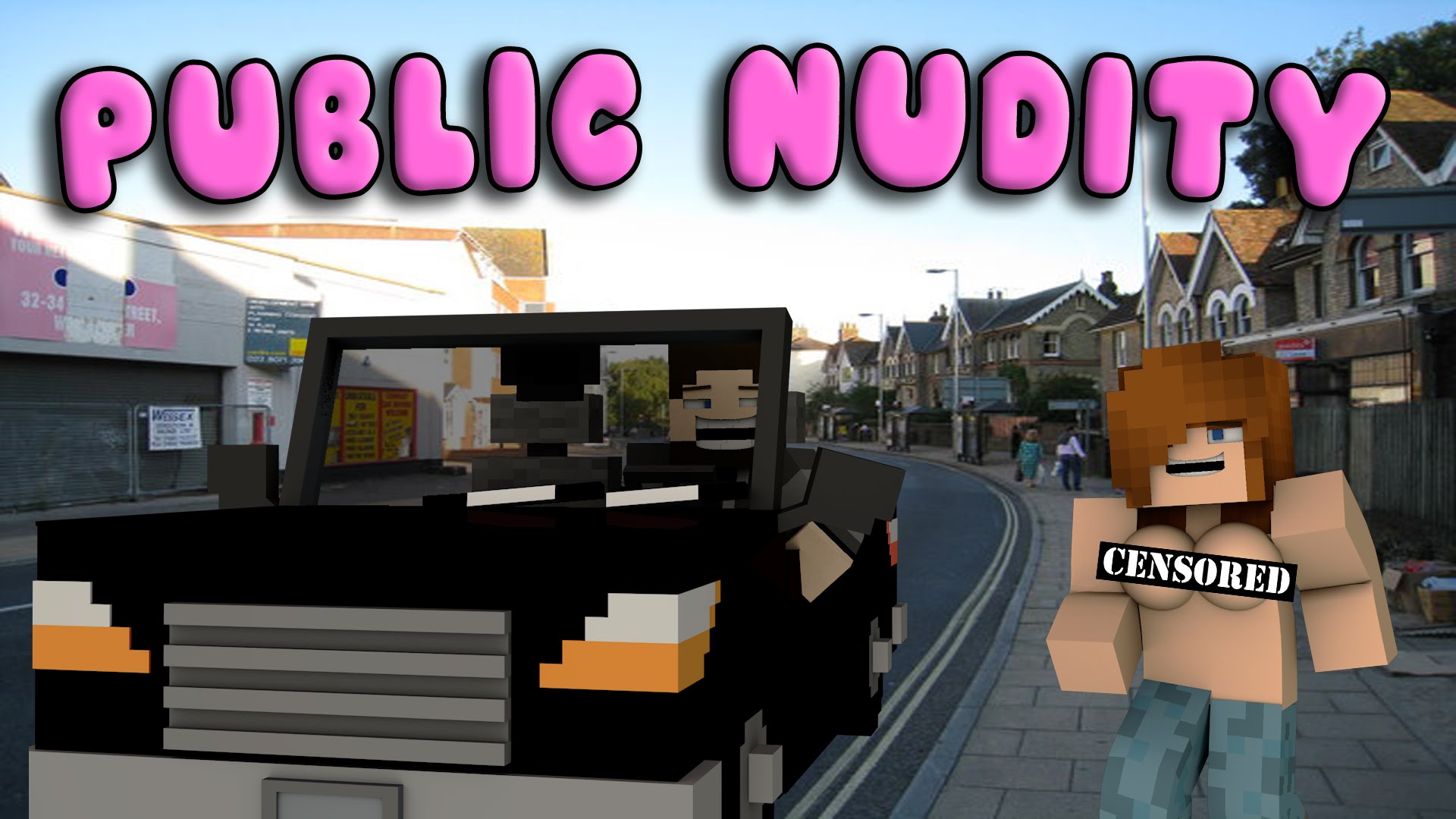 In most all of the United States, it is illegal to be naked in public, because many people living here have sticks shoved so far up their asses they can’t walk properly. There is the occasional nudist beach or colony here and there, but for the most part, public nudity is illegal. In fact, it is even illegal for one to be naked in the privacy of one’s own home, if he or she is visible to the public (more here).

For instance, Eric Williamson of Virginia was arrested for being naked in his own home when he woke up early to brew his morning coffee, and was spotted through the window by a woman and her child, who happened to be walking by. He faced up to a year in jail and a $2,000 fine (here).

The indecent exposure law in California, as another example, provides that a first indecent exposure conviction subjects an offender to misdemeanor penalties of up to (6) months in jail and a fine of up to $1,000. A second offense is a felony and can lead to imprisonment in a state penitentiary. Any violation of Penal Code 314 subjects the offender to a lifetime duty to register in California as a sex offender.

One might think enforcement of such puritanical and antiquated laws are limited to child predators or exhibitionists, but that simply isn’t the case. In thirteen of the states, a criminal charge for public urination requires registration on the sex offender registry (see here). The typical American is frightened of pretty much everything, so it goes without saying that nudity is both terrifying and offensive for many Americans. Even breastfeeding in public is a matter of controversy.

There are plenty of culturally conservative countries in the world when it comes to nudity. European nations tend not to be in that category, while the United States certainly does, which makes it hypocritical and absurd when American news outlets highlight the prosecution of nudity by Western tourists in foreign countries.

Fox News recently reported several tourists found themselves in legal trouble after posing naked on a remote Malaysian beach. One man was arrested, and Malaysian authorities were searching for 12 others after pictures emerged of these tourists posing naked. Arresting people for public nudity, in my view, is backwards and absurd. However, the fact stands that if the location of “Malaysia” was exchanged for “California” or pretty much any other location in the United States, the details of the story would neither be shocking nor newsworthy, because relatively severe penalties for nudity are enshrined in American law and accepted on a daily basis by Americans. Yet, Fox News chose to title this article, “Fury Among Muslims After Backpackers Strip Naked On Beach.”

Of course, the article provides absolutely no factual basis for any claim indicating this was a Muslim or religious issue. In any event, the American media hardly has a leg to stand on when it comes to criticizing puritanical attitudes. As if something similar or even identical doesn’t regularly happen in the United States. As if the United States has any standing or moral currency to be contemptuously sneering at conservative attitudes of a Muslim country.

Even if we are to give Fox News the benefit of the doubt, and assume their title references the fact Malaysia is a predominantly Muslim country, that fact is almost entirely irrelevant. That would be like me titling this article, “Christian Nation Sends People To Prison For Public Urination.” I almost did title it so, ironically, of course. But here at Copblock.org, we have a bit more integrity than Faux News.