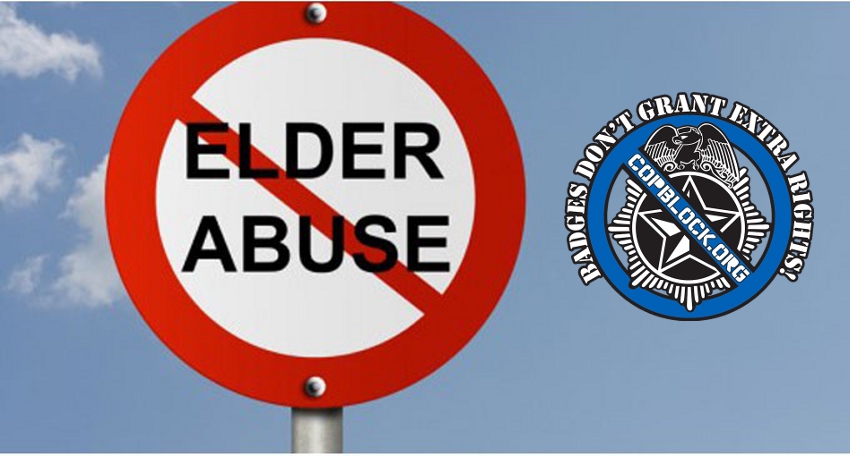 The following post was received as a submission from Leslie Carter, via the CopBlock.org Submission page.

I would like to talk to about experiences I have been having over the years living in Lebanon.  I am a 70 year old retired disabled veteran, who is black.  I am married but separated from my younger white wife and I have a 20 year old biracial daughter.

A couple years ago ,I entered the courthouse to drop a letter off at the district attorney’s office. I stopped at the screening desk went through the metal detector and it beeped.  A security officer, a white older man, used a hand scanner and kept hitting my belt buckle.  Next thing, he pulls up my t-shirt & jacket and put his hand down my pants, touching my private part. I yelled at him “the fuck are you crazy”. I turned walked in the building and dropped off my letter.

As I entered the elevator, a young white man reached in to stop the elevator.  He asked what was my fucking problem.  I thought he wanted to use the elevator. I stepped out to let him in.  He did not identify himself and he did not show me any identification.  He was dressed in jeans and a t-shirt. He grabbed my arm slamming me against the wall in the hall.  I thought at first I was being mugged.

I turned and I saw in the hallway coming at me a group of sheriffs.  They all jumped on me kicking and punching me. I broke away and ran in the district attorney’s office. Someone was screaming: Taser him!  I heard another scream shoot him! shoot him! They grabbed me by my shoulders and knocked me down.  The muscles in my shoulder were tore and ruptured requiring two surgeries to relieve the pain I still have.

I was arrested handcuffed and detained.  One of the local Lebanon police officers who knows me saw me handcuffed in the court house with the sheriffs.  He told them to take the handcuffs off and let me go and they did. Then a few months later, they sent me a summons stating I committed disorderly conduct when I pulled away when the white security guard grabbed my privates.  I was wrong to not let him fondle me.  I was forced to pay a fine.

Can someone please help me with this situation that continues today whenever I have to go to the court house? This is insane. I can’t say someone’s going to get hurt because I already did get hurt.

I can’t stop the good ol’ boys and the cronyism. I’m just terribly afraid of these people. The day after the assault in the courthouse a group of sheriffs were across the street watching me as I walked my dog. I don’t trust these people. I refused to be called racist names by a bunch of old hooligans. Lebanon has always had problems with race. There ARE not any blacks in the sheriffs dept. They refuse to hire blacks. The FBI came here, but the same thing keeps happening.