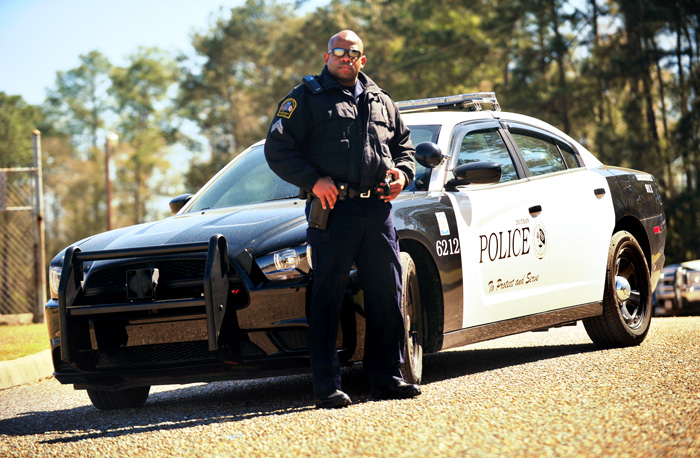 The following post was submitted by Raul Santiago, via the CopBlock.org Submissions page.

In the summer of 2007, I was driving home from work on I-84 East. I noticed a state trooper in the fast lane going at cruising speed. I began to slightly pass him. As I was passing him he shined his spotlight in my face. I put my hand up to try to block his light. He then followed me for about two or three miles, pulling me over right before exit 44.

He came up to my car and said “who do you think you are passing me?” Before I could answer his question he asked me for my license and registration and ordered me out of the car and to the rear. He told me to put my hands on the trunk. Then he proceeded to shove me from my left side. As a result, I fell to the ground.

I immediately got up, and stated, “what the hell are you doing!” He lied and said that there was a car coming, which wasn’t true. I assume there was a camera recording and believe he said that just to cover his ass . He then went on a verbal tirade and called me stupid, an idiot, etc. After that, he then let me go back to my car.

I assume the dispatchers message got back to him, because when he came back to my car he was very friendly all of a sudden. I now went from “idiot” to “sir”. When the police pull you over they shine all of their lights towards your vehicle and this was no different in my case. Because of the lights, I had a hard time seeing his name tag and badge number and had to ask him for that information. He stated, “my name is Shift Supervisor Staff Sergeant Brennan. You can tell whoever you want” and handed me a $150 ticket for doing 57 in a 55 zone. I pleaded not guilty and went to court. The prosecutor offered me a lesser fine in exchange for my guilty plea. I told the prosecutor what had happened and told her that if she didn’t believe me to pull the officer’s vehicle camera and 911 tape. She then dismissed the ticket. I don’t know what happened to the officer after that. Honestly, I didn’t pursue a formal complaint because I wasn’t hurt and I didn’t feel anything would come from it, except trouble for myself. I was content with my ticket being dismissed. Looking back on it now, I wish I would’ve pursued a formal complaint. The trooper’s language clearly indicated that he felt he could abuse me and get away with it.