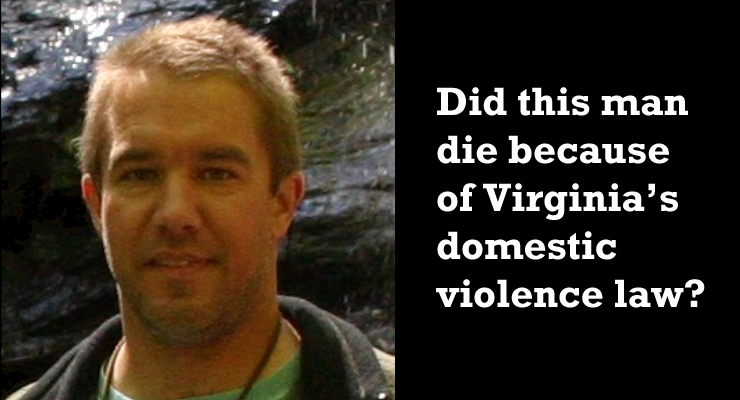 Every October police departments all across the county promote Domestic Violence Awareness Month, which is odd considering how many of the boys in blue go home and beat their families black and blue.

From Steven Thomas’ previous article about the subject:

Even though 1 in 4 heterosexual men in the U.S. (that’s 30 million men) report experiencing rape, physical violence, and/or stalking victimization by an intimate partner, the primary narrative is that women are the victims of domestic violence and men the victimizers. The fact that law enforcement officers are nearly 90% male and 4 times more likely to abuse their partners and families than the general population probably also plays a role in who they are likely to perceive as the aggressor in a domestic violence call.

This is a fact a soldier in Florida seemed very well acquainted with since he took the precaution of using a GoPro to film an encounter with his abusive ex-wife. The ex can even be heard in the video saying that she was going to tell the police he assaulted her. He probably would have been the one going to jail if not for the video below.

The accepted narrative of males as aggressors might also drive police officers to automatically arrest men during these calls since those charges would be more likely to stick  than if they arrested the women involved. This is complicated by states with “shall arrest” domestic violence statutes that are looked upon as quota-fulfillment opportunities by cops.  An infamous post on Reddit from an ex-cop explain both shall arrest and the kind of citation-chasing activity it can factor into:

Yeah, we have “quotas”. They are ‘unofficial’ but you get shit duties if you don’t pull in so much money for the department per month. So, what that means is, say it’s the 30th of the month and you haven’t met your quota.. That means you pull over someone (preferably black, since they are less likely to fight it or sue) who is ‘doing 55 in a 54’ and give them a ticket.

Also, I’m lucky enough to work in a ‘shall arrest’ DV state. Which basically means that, if we get a domestic violence call against you for any reason what so ever, we are required to arrest SOMEONE. It doesn’t matter if a neighbor who hates you calls, and when we show up you are the only person home, we are still supposed to arrest you. I’ve literally been yelled at by a superior because some asshole called in a DV against his neighbor who he had a land dispute with, and I refused to arrest the guy because his wife wasn’t even in town when we got there (she had been out of town on business for a week…). It doesn’t matter to the higher up’s, because once you are arrested for even a bullshit reason, it’s money getting pumped into the system.

Of course that’s an anecdotal report from an unverified source, but ticket quotas are a well-established practice in law enforcement, and any law that mandates an arrest regardless of whether the responding officers think a crime actually occurred or not would automatically increase the number of citations that they would issue.

Discussing how these laws can lead to law enforcement abuses does not in any way deny that domestic violence is a serious issue that deserves to be addressed, or that it is much more frequently experienced by women at the hands of men. It does illustrate how laws can have serious unintended consequences. However, even worse than enabling citation-chasing, and false arrests, a “shall arrest” statute may have cost at least one Virginia man his life.

Police were called to the Springfield residence of John Geer on August 29, 2013, for a domestic incident that involved Geer tossing the belongings of his long-time girlfriend out onto their lawn after learning that she was moving out and taking their two teenaged daughters with her. There was no violence committed against anyone and Geer spoke calmly and rationally to the responding officers for nearly an hour, until Officer Adam Torres inexplicably shot and killed him as he stood in the doorway of his townhouse.

It has been pointed out numerous times that Geer had committed no crime that day. So why were police officers so insistent that he come out of his house when they could have left after establishing there was no threat of violence? I believe the responding officers wanted Geer to come outside so that they could arrest him under the “shall arrest” statute.

The police department certainly did its best to convince the public Geer was a dangerous domestic abuser in the aftermath of his death, describing the incident alternately as a “barricade” situation and a “standoff”, reporting the number of firearms he had in the house – omitting the fact that all but one had been responsibly locked away in a safe. It’s a strategy with staying power since uninformed cop apologists in the area still to this day falsely malign John Geer as an abusive spouse who was killed in the midst of a violent episode.

635
SHARES
FacebookTwitterGoogleRedditTumblr
DiggLinkedinStumbleuponMailPrint
You Can Support Cop Block by shoppping on Amazon using the banner below:
BANNERS ARE CLICKABLE