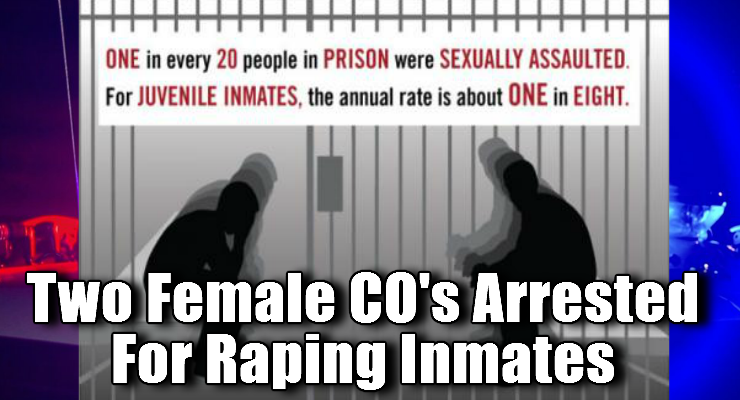 Officer Patrice Dawson has been arrested on felony charges of ‘sexual misconduct’. Though the Maricopa County Sheriff’s Office has refused to say how old the officer’s victim was, Officer Dawson is a youth corrections officer.

Given the fact that her job is to supervise minors, and the Class 3 felony charge, chances are this sexually deviant cop had sexual relations with an underage inmate.

Department spokesman Matthew Contorelli said that allegations of her sexual misconduct surfaced on October 16. The Sheriff’s department investigated the allegations and confronted Officer Dawson – who broke down and confessed.

Officer Patrice Dawson has since been fired from the department. Additionally, depending upon the age of the victim, Officer Dawson may be charged with rape/sexual assault

The New York State Police, Bureau of Criminal Investigation at Hawthorne arrested 35-year-old Evita Hinds, of Queens, New York, on the charge of Rape 3rd Degree (Class E – Felony) as a result of an investigation of an incident that occurred on May 30, 2015 at Sing Sing Correctional Facility in Ossining, NY.

Hinds, while employed as a Correction Officer at the facility, did engage in sexual intercourse with an inmate. Hinds was arraigned before the Town of Ossining Court and released on her own recognizance to return before said court on December 1, 2015 at 9:00am.

The case was referred to State Police by the New York State Department of Corrections and Community Supervision Office of Special Investigations.

116
SHARES
FacebookTwitterGoogleRedditTumblr
DiggLinkedinStumbleuponMailPrint
EPN
You Can Support Cop Block by shoppping on Amazon using the banner below:
BANNERS ARE CLICKABLE