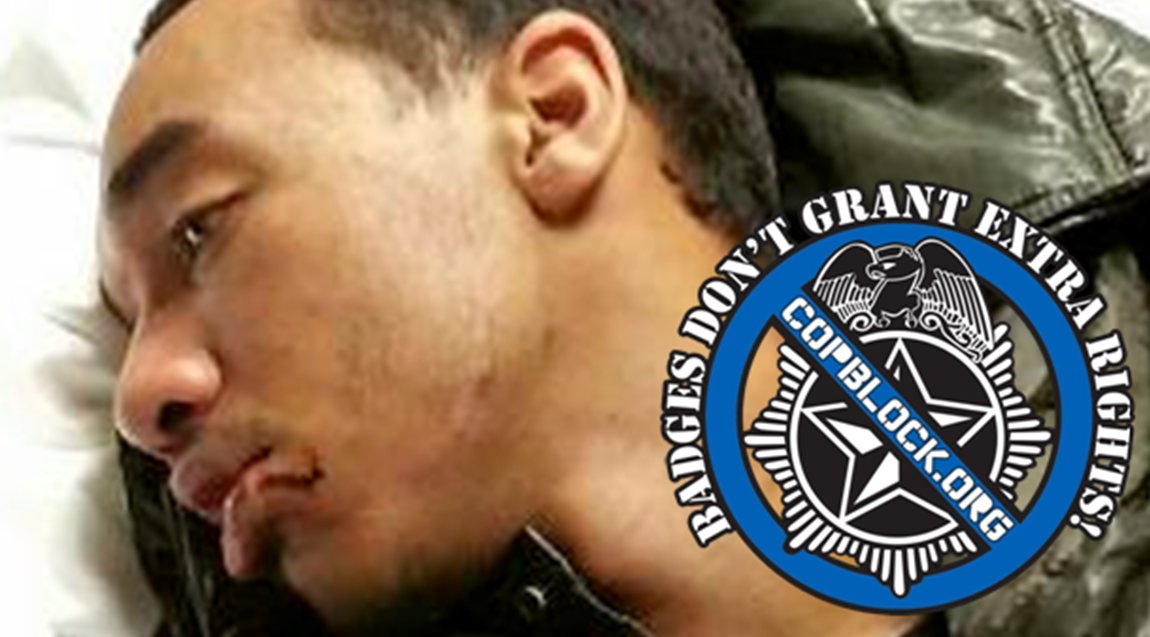 A St. Paul Minnesota Metro Transit police officer was relieved from duty on Saturday two months after allegedly brutalizing an autistic teenager that was never charged with a crime with another officer at the Lexington light railway station.

17-year-old Marcus Abrams was traveling home with two friends after working at the Minnesota State Fair on the night of August 31 before police approached him for standing on the train tracks.

The teen, who suffers from the autism spectrum disorder Asperger syndrome, says he was wearing headphones and did not hear the officers’ orders to vacate the Green Line tracks.

The incident was recorded by station surveillance cameras but that footage has not been released to the public – neither has the official results of a police investigation launched in the aftermath of the matter.

Abrams says he was accused of being drunk or on drugs before being thrown to the ground – which split his lip – and was rendered unconscious causing him to have a seizure by a move that now-former Officer Richard M. Wegner described as a “neck restraint.” The teen was then taken to a local hospital to undergo treatment.

“One [officer] grabbed my arm and the other one grabbed my wrist and I told them to get off me – I did nothing wrong,” Abrams said. “They just slammed me right on the ground. I tried to get them off me and [one officer had his] whole body on my whole face and I couldn’t breathe.”

Wegner, a former state police officer who had been a part-time transit cop since 1993, was promoted to a full-time position in March. Minnesota civil service rules allow officers to be “summarily dismissed” during their first year as full time workers.

After the incident, Sgt. Peter Peterson deemed Wegner’s use of force as “compliant with department policies,” but around 100 protesters took to the streets in September to draw attention to the assault by shutting down the light rail system as Vikings fans were attempting to travel to the teams home opener against the Detroit Lions.

Abrams attended the event and spoke about what transpired recalling, “I said, ‘I’m 17 and I don’t have no ID.’ I said, ‘Get off me!’ I woke up again in the hospital.”

Officer Wegner said in police reports that he took Abrams to the ground with a leg sweep before placing him in a “neck restraint” until the other transit cop could put handcuffs on the teen because he was “punching and kicking” at the officers.

“I released the suspect and was trying to roll him over onto his stomach so we could get him handcuffed,” Wegner said.“When he got onto his side I heard him take a deep breath. He then began to kick again. I was trying to control his upper body by pinning his head down to the ground with my knee.”

Predictably, Abrams’ parents were outraged by the incident.

“Just by talking to him they should have known that something in his mind was not right,” the teens mother, Maria Caldwell said. “He has the mind of a 12 year old… even though he doesn’t look like that. I don’t want autism to be a crime, I don’t want people that have it to think that it is a crime.”

Metro Transit police spokesperson Howie Padilla said the assault has prompted a reevaluation of how officers are trained to deal with people with developmental and mental disorders.