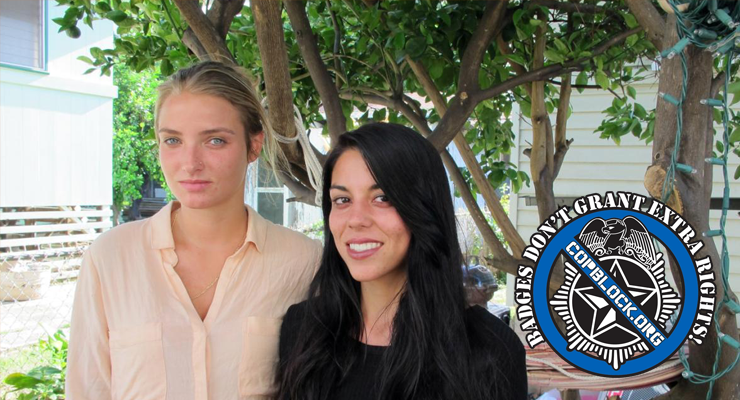 Hawaiian officials are investigating an officer after he allegedly arrested a lesbian couple for kissing in public.

Taylor Guerrero and Courtney Wilson were on vacation from Los Angeles in March when they stopped in a Woodland grocery store.

Officer Bobby Harrison is said to have been offended at the couple’s public display of affection.

According to the lawsuit, the couple were holding hands and hugging as they walked through aisles in the store. Harrison “observed their consensual romantic contact and, in a loud voice, ordered plaintiffs to stop and ‘take it somewhere else.’”

The couple complied with the officer’s demands, but they were told they would be kicked out of the store when he observed them again, being affectionate.

The situation turned physical when the couple was ready to pay for their items, according to Guerrero.

“He was bumping his belly against Courtney.” she said.

”He said, ‘you girls don’t know how to act. You don’t know the difference between a motel and a grocery store.’”

“The whole situation got physical. I got punched in the face by him.” said Wilson.

The couple was caged for three days before being released and ordered to stay in Honolulu.

Charges of assaulting an officer were eventually dropped.

The Honolulu Police Department are now investigating the wrongful arrest while Harrison remains on active duty.