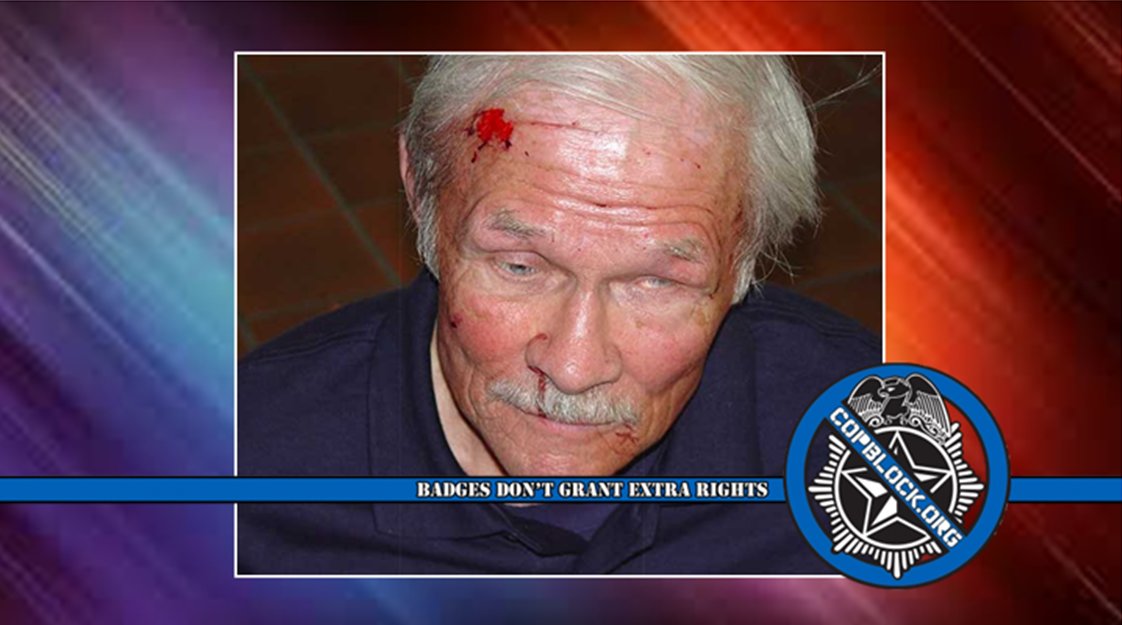 An elderly blind man that had his head slammed into a counter by a Denver Police officer after asking him to allow him to feel his badge to prove he was a cop, won an excessive force lawsuit against the department on Friday.

80-year-old Philip White, who is a retired school administrator with a Master Degree in Education, was at a downtown Greyhound Bus Terminal in Denver on May 22, 2012.

He was attempting to board a bus in order to go to Vail where he was to take a van to his home in Eagle – but was told the bus was full.

Court documents say White wanted to discuss his options with terminal employees, but was eventually told by a security guard that he was “trespassing” and to vacate the premises.

After White refused to leave, the security guard called the cops and Officer Kyllion Chafin responded to find the man on the phone with police himself trying to find a solution to being blind in a city in which he did not live without any way to get home.

When confronted by Chafin, White asked the officer if he could touch his badge so he could verify his identity – a common practice among the blind when dealing with cops.

Instead, court documents say Chafin violently grabbed the senior citizens arms to place them behind his back, pushed him forward, and slammed his head into a ticket counter.

Suffering lacerations to his face and head, White was detained and taken to the Denver jail. However, he was released eight hours later without charges.

Filed in U.S. District Court, the lawsuit went before a jury on Monday. After hearing evidence, jurors returned a verdict Friday after less than a day of deliberation.

“The police officer’s aggressive, bullying response was inexcusable. He bloodied and brutalized an elderly disabled man who never in his 77 years had any run-ins with police.”

Denver police have commented little on the lawsuit but a spokesperson said the department “respect[ed] the jurors decision,” but that they “didn’t find any violations of policy” in the incident by Chafin.