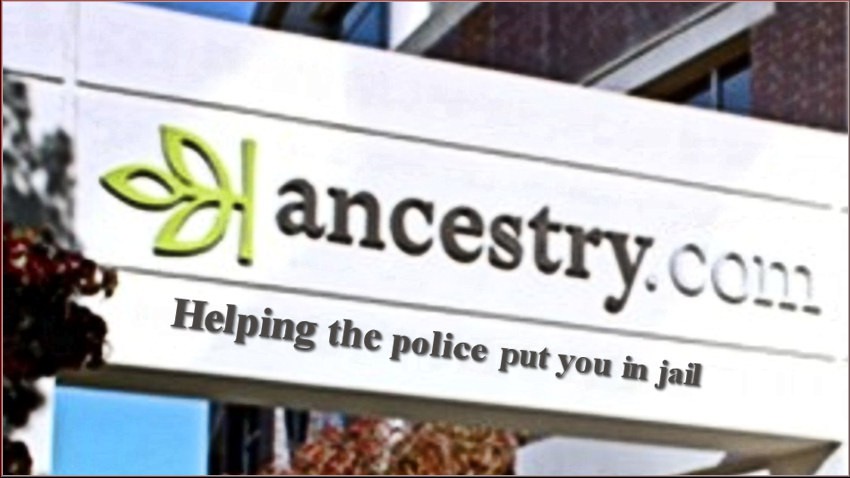 Normally, Big Brother has to go through the hassle of getting a warrant and establishing some sort of probable cause in order to get your DNA sample. Then the cost of obtaining and analyzing that sample serves as an additional protection against random “round up the usual suspects” type of investigations by law enforcement. In short, they have to have a fairly decent suspicion that you have committed some sort of crime in order to justify pursuing your blood.

One, albeit very negative, example of that would be all of the unprocessed rape kits that are sitting in police crime labs across the country. In such cases, where police actually have a pretty compelling reason to do DNA research, the expense and time constraints have kept them from doing so in many instances.

Fortunately for the police, FBI, and other government agencies a large group of people have decided to relieve them of the financial and time burdens of compiling government funded DNA databases. In fact, these people are even paying for the privilege of being more likely to be falsely accused of crimes. Millions of people have payed fees to have their DNA analyzed and then stored via Ancestry.com and 23andMe. Both are genealogy sites, where the intended purpose is to track people’s family history and tell everyone that they were part of a royal family hundreds of years ago. The handing over your info to the cops part is just the inevitable result that everyone should actually expect.

In fact, a good amount of people did expect exactly that, although they were assured that what’s happening would not happen. According to Fusion.net: When companies like Ancestry.com and 23andMe first invited people to send in their DNA for genealogy tracing and medical diagnostic tests, privacy advocates warned about the creation of giant genetic databases that might one day be used against participants by law enforcement. DNA, after all, can be a key to solving crimes. It “has serious information about you and your family,” genetic privacy advocate Jeremy Gruber told me back in 2010 when such services were just getting popular.

Now, five years later, when 23andMe and Ancestry both have over a million customers, those warnings are looking prescient. “Your relative’s DNA could turn you into a suspect,” warns Wired, writing about a case from earlier this year, in which New Orleans filmmaker Michael Usry became a suspect in an unsolved murder case after cops did a familial genetic search using semen collected in 1996. The cops searched an Ancestry.com database and got a familial match to a saliva sample Usry’s father had given years earlier. Usry was ultimately determined to be innocent and the Electronic Frontier Foundation called it a “wild goose chase” that demonstrated “the very real threats to privacy and civil liberties posed by law enforcement access to private genetic databases…”

As NYU law professor Erin Murphy told the New Orleans Advocate regarding the Usry case, gathering DNA information is “a series of totally reasonable steps by law enforcement.” If you’re a cop trying to solve a crime, and you have DNA at your disposal, you’re going to want to use it to further your investigation. But the fact that your signing up for 23andMe or Ancestry.com means that you and all of your current and future family members could become genetic criminal suspects is not something most users probably have in mind when trying to find out where their ancestors came from.

“It has this really Orwellian state feeling to it,” Murphy said to the Advocate.

The idea that police and other government investigators would abuse databases at their disposal, is far from a “crazy conspiracy theory.” In fact, they have pretty well documented history of doing just that with personal information databases. Luckily, if you were unwise enough to pay Ancestry.com and/or 23andMe to compile a database on you for the FBI there is an option to have your DNA information deleted. If it’s not already too late.