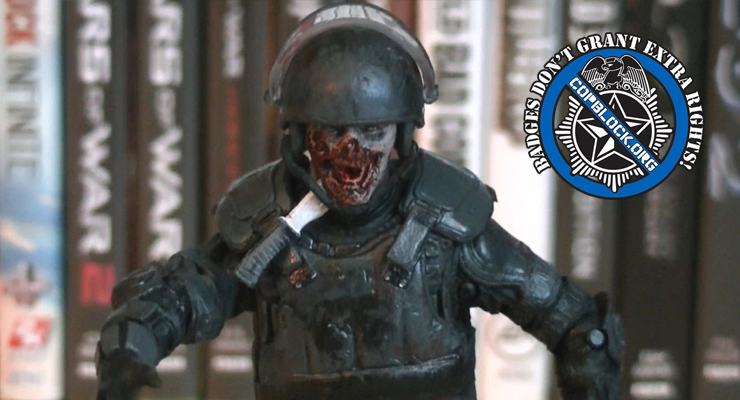 On October 31st Halloween, a Steak N Shake waitress in Milford, Ohio wore a SWAT costume with a bullet hole in the head.

She intended the costume to be a zombie from a popular T.V. Show The Walking Dead, but people took to the Steak N Shake Facebook page to demand an apology from the restaurant and for her termination. Others seem to think this was blown way out of proportion and cyber bullying a teenager over a zombie costume is ridiculous.

Some of the most outrageous claims are that this young woman is promoting gun violence and the killing of cops with her costume.

Is this young woman being unjustly attacked by politically correct bullies? Are these bullies of the modern wave of politically correctness helping or are they just spreading more intolerance? Or maybe these people have no influence at all, they just like to throw tantrums online. (Editors note: Consider visiting the the Steak N Shake Facebook page to be a voice of reason among the flood of irrational cop worshippers demanding a girls termination over a halloween costume)